Casoncelli from Bergamo and smiles from Taiwan. 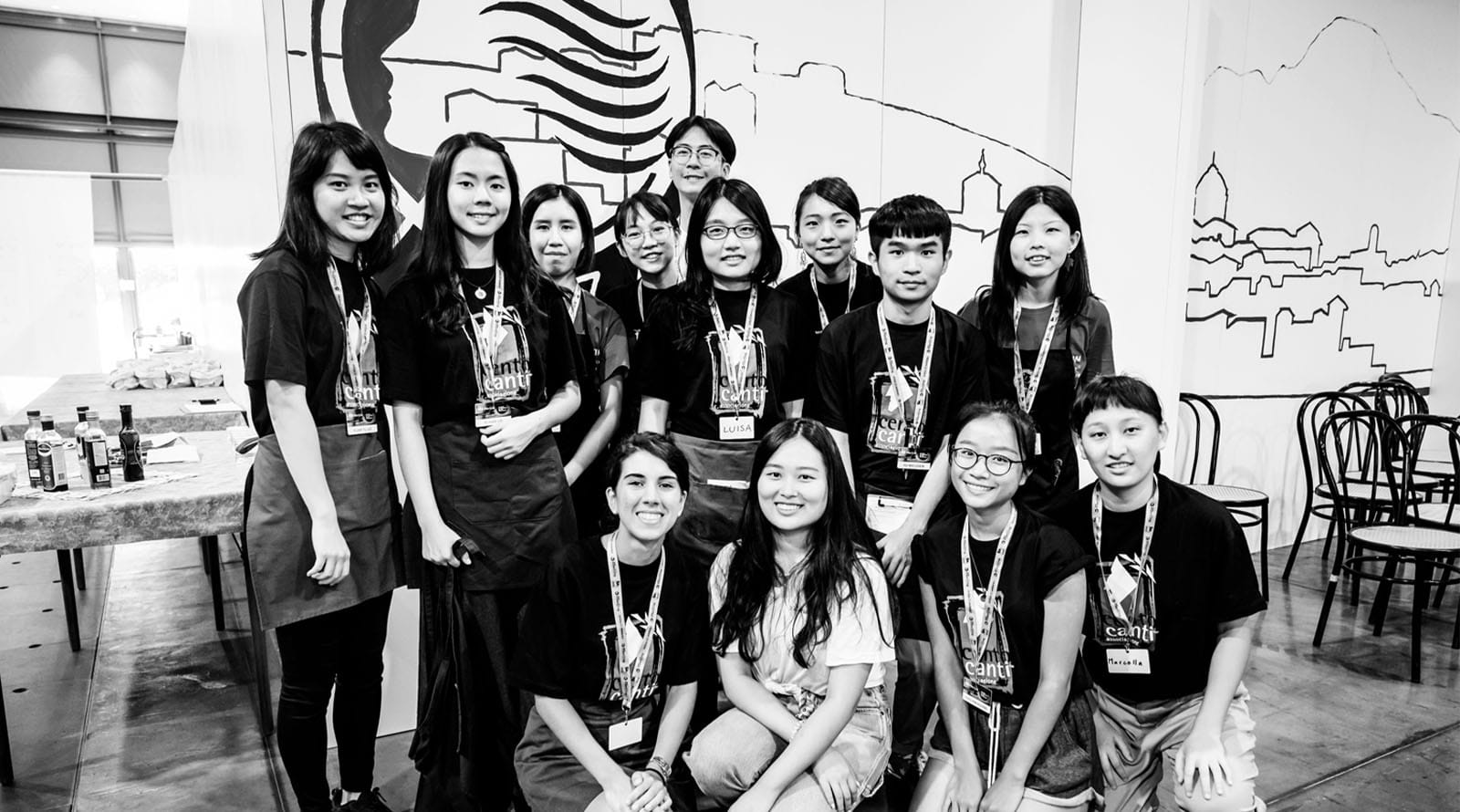 From Asia to the “Caravaggio” tables.

They came to Rimini from the other part of the world to live the experience of gratuity working a week as voluntary. This is one of the many daily stories hidden between the Meeting stands and the pavilions. Protagonist are twelve boys and girls from Taiwan, a little island in front of China, students at the Caholic University of Fu Jen in the capital city of Taipei. They have been working since Sunday at the “Caravaggio” restaurant from Bergamo, serving first curios then, thanks to the their smiles, enthusiast people. Ten girls and two boys attending the faculty of Italian culture and language, where, from 2001, some priest from the Saint Carl Fraternity have been teaching. The teach not only Italian language but also literature, trading and other aspect of the Italian ways of life. A 360° knowledge, enriched since three years ago with a two weeks’ journey to Italy: first a week to see the beauties of Rome and the sunsets of Assisi and then a second week doing charitable activities as Father Giussani taught. “I like the Meeting’s mood because all the people are here to improve society”, says Speranza, 19 years old ( every Taiwanese, at registration, choose an Italian name amongst the ones proposed).

The same opinion has Luisa, 21 years old: “Colleagues are really nice and I met some CL’s people I already knew. I chat with customers and tell them about myself. We exchange ideas”. That’s the reason why Father Paolo Costa, wanted the boys and girls to work in the restaurants area. “When we heard that they would work in a restaurant, both me and the restaurant’s manager were a little worried. Although after two days he was really happy with them” A true example of “friendship amongst people”, citing the Meeting, that keep happening even after the volunteering.

Various the events to remember: the group studied the production of mozzarella, following the entire process from the milk to the ending product; they also found to greet them in the Viserba’s church where they sleep, some high and middle school students to dance and sing with.