From Islam to Islamism: the journey back is possible 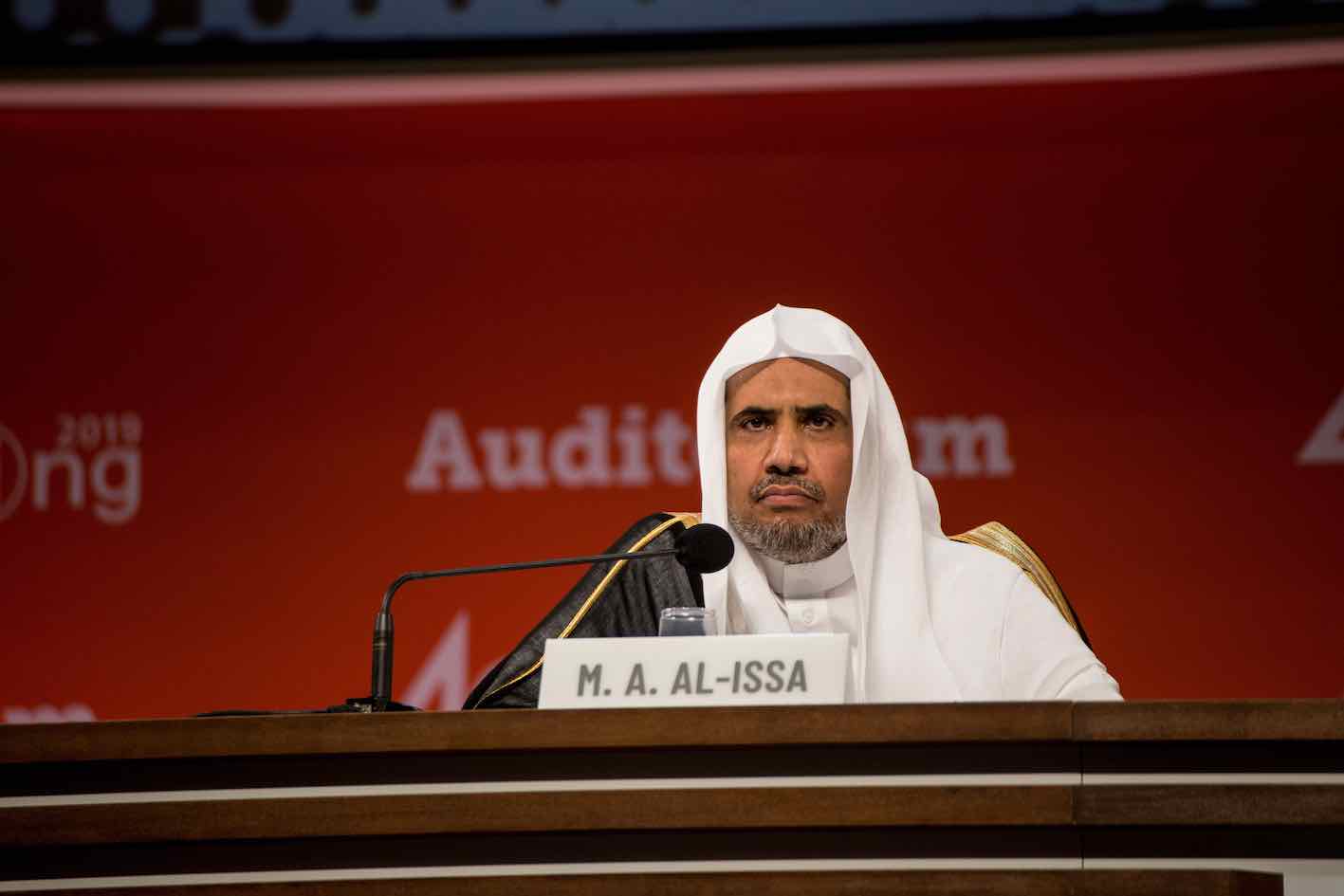 A decisive moment at the Meeting for the search for knowledge and comprehension of a reality so near and so far: Islam. In a full Intesa San Paolo Auditorium B3 Muhammad by Wael Farouq, Professor of Arabic Language and Literature at the Catholic University of the Sacred Heart in Milan introduced Bin Abdul Karim Al-Issa, Secretary General of the Muslim World League and Olivier Roy, Joint Chair at the Robert Schuman Centre of Advanced Studies RSCAS, Chair in Mediterranean Studies at EUI (European University Institute).

<< How was it possible that Islam become Islamism?>> was Farouq’s question to Roy, a scholar that has been studying what is happening in the Islamic world since the eighties. Roy answered describing this passage as a consequence of the realisation, in the first twenty years of the last century, by the Islamic intelligentsia of the clear superiority of the western world both in politics and technology. From this, the incentive to a revolution that followed the fascist and communist models.

The professor also added << The ultimate implementation of this was the 1978’s revolution that led to the Islamic State. This happened also in other places and always without any word from the Islamic religious authority, because Islamic State didn’t mean the inclusion of the religious power>>. We can see clearly this situation in the most unstable areas of the Islamic countries, where the requests for citizenship rights are high. << We can say – he added- that this kind of process promoted the secularisation. In this regard, Islamism is dead and something else is born >>.

<< Islamism came from the forgetfulness of the real Islam>>. His Excellency Al-Issa, delegate elected between the deputies of the associations of fifty states of the Islamic world, continued << In the last sixty years the authenticity of the Koran was substituted by acclamation of text that exalted political ideas. These are the text that became important between the youth, modelling in this way a thought without the values of our religion>>. The awareness of this is growing, so much we can say that <<Islam is well and is waging a war against Islamism like never before>>.

How can we help to solve this situation described by Al-Issa? << Making it clear that the Islamism that found room wasn’t bringer of an ideal>> answer Roy and added: << The drift was towards nihilism. The generation that grew was the No Future’s one: it wasn’t an adhesion to a faith’s community>>. What can we do now? The Islamic theologist has found a way: << We need compassion for ourselves. The biggest weapon isn’t against life, but for life>>. The Muslim League committed itself with the Proclamation of Makkah to start a dialogue as the medium for an encounter. In addition to that there’s a big commitment with the youth to assert a culture against radicalism. << Secularization won but religion is more free to be itself>> said Roy. << The Meeting is a fitting example – concluded Farouq – a place built by the gratuity of the people that work here and by the little contributions of everyone that permit it to be free. Keep doing that>>