We are on the top! The summit of K2 and the faces of a community 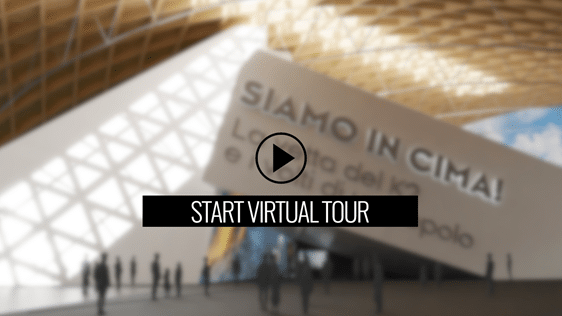 It’s the 31st of July, 1954: two Italians, Compagnoni and Lacedelli, conquer K2, “the top of the world”. There were 30 mountaineers that took part in that pioneering expedition, 10 porters at high altitude and 5 researchers. On the 26th of July, 2014 – 60 years after that incredible expedition, a new one made up of Italian and Pakistani climbers reaches again the summit of K2. The Italian climbers, Michele Cucchi and Simone Origone, led by Agostino Da Polenza, are at the service of the first Pakistani mission with the aim of honoring the memory of the ‘54 epic feat. In this way they symbolically push Pakistani people to conquer the Savage Mountain and they bring to everyone’s attention Karakoram National Park, naturalistic and economic core of that part of the world. Since that conquest, it’s evident the reborn of Pakistani community, the bond with their own tradition, the love for the nature and a new development possibility.

Through the telling of this feat, the exhibition wants to highlight how human is always moved by the attraction to the beauty that also makes him deal with difficulties to find again himself.

You can visit the exhibition only online on the Meeting website. It will be articulated through five different settings which goes along with the visitors toward the top of K2 proposing again the same stop that the climbers did. Starting from the tent. We will move through the base camps up to the top surrounded by the breath-taking landscapes of Karakoram Park.

Every setting is designed to divide the path and to make perceive the key points. Inside every room, the visitor will freely move around but they will always be accompanied by audio contents and videos.

During the Meeting week it is possible to take part in meeting moments with the protagonists of this feat and with the curators by booking to the webinars on the Meeting website.