Aleppo from B/W to Colour 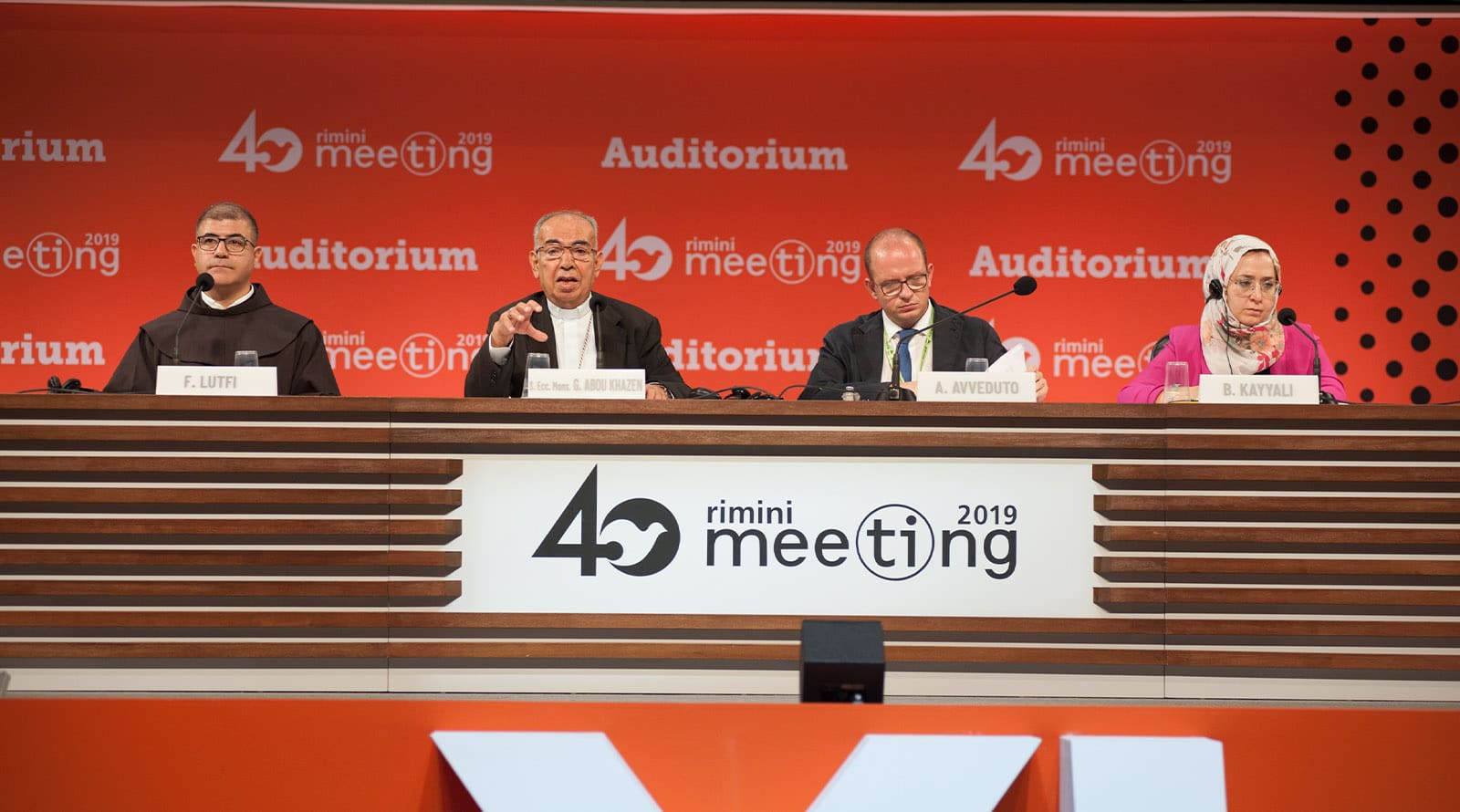 Aleppo’s children could have a name and a future.

<<In Syria, war keep going: the sanctions that were imposed to the country had devastating effects in particular for poor people>>. With this statement, Andrea Avveduto, Journalist and Head of Communication for the Pro Terra Sancta Association, introduced today the speakers of the encounter “Aleppo: a name and a future”, for the aid of orphans and abandoned children: H. E. Msgr. George Abou Khazen, Apostolic Vicar of Aleppo; Binan Kayyali, Director of Franciscan Care Centre in Aleppo; Firas Lutfi, head of the Terra Sancta College and Franciscan Care Centre in Aleppo; Mahmoud Akkam, Gran Muftì of Aleppo (video-connection). The projection of a brief video put in front of everyone eyes the devastation of Aleppo. Avveduto began with a consideration and a question:<< Amongst these ruins arises the Franciscan Care Center, a point of light and peace, the place that host the project “Aleppo: a name a future”. What makes it possible?>> <<The long history traced from the meeting between Saint Francis and the Sultan Malik al Kamil>> explained the Bishop << marks the start of the dialogue amongst Christians and Muslims. Another important moment was 1965, with the declaration on the relation of the Church with non-Christian religions. It’s importance wasn’t really understood then, but was seen after the birth of extremist groups>>. The prelate continued taking in consideration how extremist Islamism mostly damaged moderate Muslim.<<On the same line is the document on the brotherhood amongst people, born after Pope Francis’ visit to the United Arabs Emirate>>, added Abou Khazen. <<In this document appears the rejection of the term “minority”, to affirm the importance of every man and every faith. That’s a great achievement for dialogue>>. His Excellency retraced the passages of the relationship with the Aleppo’s institution:<<In 2012 we answer to the concreted need of 150 Muslim people that had lost everything in the bombing of Aleppo. We host them in our centre and we collaborated with the Muslims’ institution to deal their problems. We needed to deal the institution otherwise we could have accused of proselytism. On the trace of this path the project “Aleppo: a name a future” was born>>. What’s this project about? Lufti narrated that, after the end of the acute stages of the war,<<what moves us was the Gospel of Luke’s 25, the Good Samaritan Parable. Accepting the risk brought us to meet the people from the east area of Aleppo, the most devastated, occupied by extremist that had been living there for a long time, leaving women and orphan children, without a name since they weren’t register at the registry office. At the beginning we were welcomed with “the distance of a veil”. After three months we began to meet a smile, a gaze, a face: the trust that allowed us to go on was born>>. Binan Kayyali outlined the motivation and the organization of the project. The main aim is to <<ease the pain>>, physical, psychological and moral that the war left behind. Today the project is organized inside two centres with departments that manage the education both of children and mothers, but also the care of the talents, together with that of health and psyche:<<These children have never played, they lived in fear and violence>>. The director of the Franciscan Care Centre pointed out that the project also had a legal department.

Mahmoud Akkam spoke of the friendship that was born inside this collaboration, born from what he describes as moderation:<<It’s the opposite of extremism. Moderation is the attempt to achieve justice, to give to every man his rights>>. He also stated that the moderation he saw in the brothers of the Franciscan Care Centre is towards all Aleppo’s citizen, disregarding their faith. Avveduto concluded:<<”Aleppo: a name a future” it’s a small contribution, but without this drop something in the ocean would be missing>>.