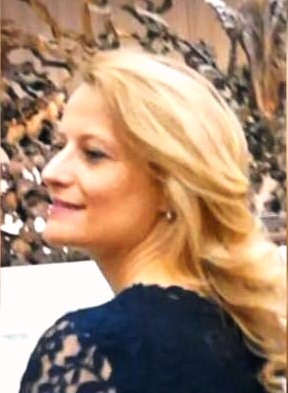 Born in Valle d’Aosta, 48 years old, married and mother of two children, she is over twelve years old
National leader of Acli; she is currently responsible for the Department of Studies and Research, chairwoman of ENAIP, IREF and the association representative Forma.
Graduated in Law at the University of Turin, with a thesis in labor Law about professional training, then she developed her preparation in the context of the analysis of organizational processes and management of complex organization (biennial cycle of training at the Studio APS in Milan).
In the working environment she has been involved, as a freelance, in social design, research, training and consulting, especially for the voluntary sector organizations. She has contributed to the development of associative and social cooperation experiences, especially to innovative services for and with families, hosting and integration of foreign immigrants and professional training, even at the EnAIP Valle d’Aosta, where she was President.
Enrolled in Acli since the early 1990s, from September 1998 to September 2006 she was Regional President of Valle d’Aosta; member of the Acli National Council since 1996,
Of the National Directorate since 2000 and of the National Presidency since 2004, was Vice National President from January 2007 to May 2012.
She is currently a member of the Acli National Presidency, with the delegation to the Department of Studies and Research, under which she is responsible for the Legal Observatory and presides
IREF research institute (Educational and Training Research Institute).
From 2008 to 2010 she was Chairwoman of CAF Acli srl. From 2013 to 2015 she was President of Acli patronage. As of 2013, she is Chairwoman of ENAIP NAZIONALE Social business.
In 2014 she was elected President of FORMA, an association that brings together the main training entities of Italian education. The assignment has recently been confirmed for the second mandate.
Actively involved since very young in the ecclesial and associative sphere, she has been doing educational and animation activities. She was delegated to the ecclesial Conferences of Palermo (1995) and Verona (2006). She has been a member of the National ACLI Consultation on Social and Labor Issues of the CEI (Italian Bishops’ Conference) and since 2014 is part of the Consultation of the National Office for Education, School and University. In 2016 she was appointed Member of the National Council of the Catholic School by the President of CEI.