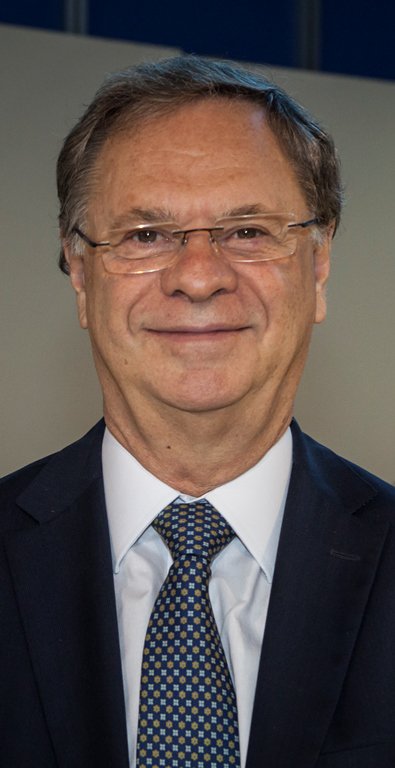 Cledorvino Belini is the FCA – Fiat Chrysler Automobiles President of Development for Latin America since November, 2015. Before that, between February 2004 and November 2015, he occupied the title of President of Fiat Automóveis for Latin America, exercising concomitantly the presidency of Fiat Group for Latin America. Between March 2010 and April 2013, he occupied the title of President of the Brazilian Association of Motor Vehicle Manufacturers (Anfavea).
Undergraduate in Business Administration by Universidade Mackenzie, graduate in Finance at the master’s program of USP and MBA by FDC/INSEAD, obtained in 2002.
Belini is a member of the Brazilian Economic and Social Development Council (CDES), of the Strategic Council of the Federation of Industries of the State of Minas Gerais (Fiemg), of the Superior Strategic Council of the Federation of Industries of the State of São Paulo (Fiesp), of the International Advisory Board of Fundação Dom Cabral, and is engaged in movement Mobilização Empresarial pela Inovação (MEI).
From 1987 to 1993, Belini acted as the procurement officer of Fiat Automóveis, whose management had as a highlight the rationalization of the park of suppliers and the creation of a basis of suppliers in Minas Gerais, next to the motor vehicle plant (the “mineirização”), the development of the integrated plant, and the implementation of the just in time and kanban, with a drastic reduction of inventory.
In 1994, acted as commercial officer and general officer of Fiat Automóveis. At this time, he was responsible for the introduction of sales system Mille On Line, advertising campaigns and the release of Fiat Palio, Fiat’s world car.
Belini has also worked for Fiat Allis (1973 to 1986), current CNH Industrial, where he started as a supervisor of Systems and Methods, was manager for Spare Parts, general tractor sales manager, manager of materials, and achieved the position of officer of materials, title occupied from 1983 to 1986. Before that, he acted in the Human Resources sector of IRF Matarazzo (1967 to 1973). Professor of Universidade São Marcos from 1975 to 1982.
Administrator of Instituto Minas Pela Paz (IMPP), a civil organization of public interest (Oscip) created from upon initiative of the Federation of the Industries of the State of Minas Gerais (Fiemg) and one of the largest companies of the State, with the purpose of contributing with the government in the sense of fighting violence, reducing criminality, and promoting social inclusion through education. The institution has become renowned with the elaboration, proposal, and implementation of feasible solutions, with a corporate approach, always focused on the stimulation to the participation of the company in the promotion of citizenship.
In 2011 published book ”The Strategic Turnaround of Fiat in Brasil”, by Betania Tanure and Roberto Patrus, which analyzes the managerial style of Cledorvino Belini and Fiat’s recent performance in Brazil.

Valuable Executive – Vehicles and Parts Category: 2007, 2008, 2009, 2010, 2011, 2012 and 2013 – by Jornal Valor Econômico
Award – Most Admired Leaders in Brazil: 2012 – “Carta Capital” magazine
Inconfidência Medal awarded by the government of Minas Gerais
Received the Commenda Grande Ufficiale Della Republica Italiana, awarded by the President of the Republic of Italy
“Honorable Administrator” title, awarded by CRA-SP – Regional Administration Council of São Paulo
Industrial of Year 2005 – by the Federation of Industries of the State of Minas G