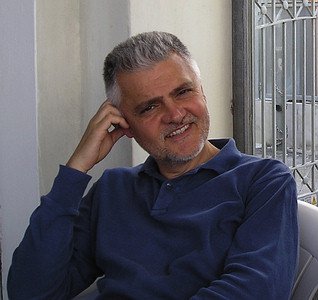 Stefano Arduini is Full Professor of Linguistics at the University of Rome Link Campus. He taught at the University of Urbino, at the University of International Studies in Rome, at the University of Modena. He has been Visiting Professor at the Universidad of Alicante and at the Universidad Autónoma of Madrid.
Since 2005, he is an honorary professor at the Universidad Nacional San Marcos of Lima (Peru) where he was also Visiting Professor in 2004.
He is a member of the Board of the Nida Institute in Philadelphia and co-director of Nida School of Translation Studies.
He is one of the four members of the Committee of Translation Policy (COTP) of the United Bible Societies.
He is president of the Unicampus San Pellegrino Foundation.
He is the director of series Linguistics and Translation for Libreriauniversitaria publishing company (Padua). He is a member of the Editorial Board of the Link Campus University Press (Rome). He is a member of the Scientific Committee of the L & L-LINGUA & LINGUE series, Loescher publisher (Turin).
He founded Translation magazine (LCUP, Rome) and he is part of the management of numerous scientific journals.
He has held courses and seminars in Belgium, France, Great Britain, Greece, Holland, Peru, Portugal, Russia, Spain, United States, Turkey.
Among his publications: Prolegomenos a la teoria generale de las figuras, Murcia, Universidad 2000, Rhetorical Reason, Rimini, Guaraldi 2005, Translation Manual (with Ubaldo Stecconi), Rome, Carocci 2006, Metaphors, Rome, Editions of History and Literature 2007, What is Cognitive Linguistics (with Roberta Fabbri), Rome Carocci 2008; Paradoxes, Rome, Editions of History and Literature 2011.
With Ilide Carmignani he organizes annually the Days of Literary Translation.