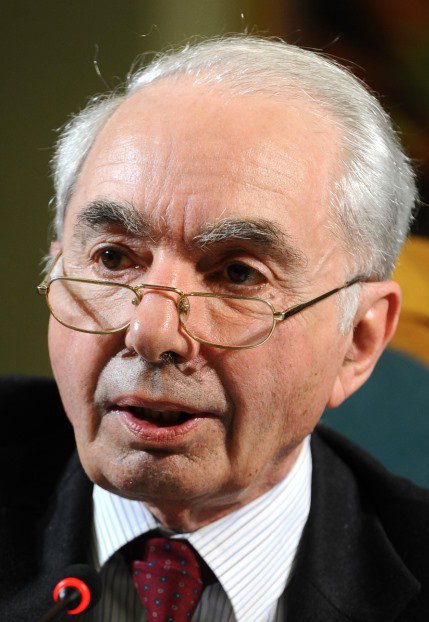 Giuliano Amato, born in 1938, studied Jurisprudence at the Univeristy of Pisa, where he graduated in 1960. Amato graduated with a Master’s degree in comparative law from Columbia University (NY) in 1962.
Amato was a full professor of Italian and Comparative Constitutional Law for the Faculty of Political Science at Sapienza University in Rome from 1975 to 1997, and a Professor Emeritus at the European Institute at the same university.
Amato has also been a visiting professor at the School of Law at Columbia University, NYU, and LUISS University in Rome. A member of the Parliament for 18 years, Amato was Undersecretary for the Prime Minister, Minister of the Treasury, Minister for Constitutional Reform, Minister of the Interior, Vice President of the Council, and twice President of the Council (1992-1993/2000-2001). He presided on the Guarantor Authority for Competition and the Market from 1994 to 1997, and was Vice President of the Convention for the Future of Europe (2002-2003). He presided on the International Commission of the Balkans, consisting of Bosch Stiftung, the German Marshall Fund, the King Baudoin Foundation and the C.S. Mott Foundation. Amato also presided on the Institute of the Italian Encyclopedia (2009-2013), the Superior School of St Anna of Pisa, and the Center for American Studies in Rome.
Amato currently holds the position of Constitutional Judge, appointed by the President of the Republic on September 12, 2013.
In 2002, Amato was elected as an Honorary Fellow of the American Academy of Arts and Sciences.
The diverse books and essays that Amato has written concern the topics of personal liberty, the forms of state and the government, the law of the economy and competition, European integration, and political culture.