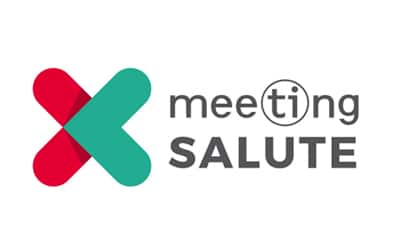 Smoke, in all its declinations is still one of the principal cause of death around the world. But, what we really know about cigarettes, nicotine and smoke for a clinical point of view?

At Rimini Meeting, Saturday 24th of August, at the #MeetingSalute (Pavillion C3) there will be a debate between scientist and doctors titled: “Nicotine and Combustion: scientific evidence or fake news?”. It’s an open confrontation on the theme of smoke regarding a correct and clear information for the benefit of the 11 million Italian smokers (22% of the population).

At the heart of the debate the difference between nicotine and combustion. Nicotine, even if a cause of dependency and not without risk, it’s not the worst danger, indeed the combustion of tobacco and paper gives off more than 4.000 toxic substances.

Which strategies we need to achieve tangible results in the smoker who doesn’t want to stop smoking? Could alternatives like e-cig or heated tobacco play a role in the fight against smoke? Does the smoker patient know the alternatives to cigarettes?

<< I’ve been following the Centre for Alcohol and Smoke addiction, at the Hospital of the “infermi” in Rimini – tell doctor Mara Caterina Staccioli, one of the participant at the debate- I followed a lot of patients suffering from nicotine addiction. As doctor we didn’t prescribe neither e-cig nor the new instruments the burn tobacco at low temperature, but some patients come here after buying them and wanting to try them>>. What’s the doctor’s duty? << Our first duty is to give the right information on tobacco and other instruments. Cigarettes, very dangerous, are the first removable cause of death, they stimulate the pleasure’s area of the brain and they have a precise pharmacological effects: they are drugs that stabilize the mood, and they need to be removed gradually if we want the patient to realize which effects they had on him. If a patient knows the right tools, learns how to know and understand him. If he wants to change his lifestyle every person need to keep in mind which obstacle he need to face and which strategies to implement>>.

<<Regarding smoking we have three certainties- Claudio Cricelli, President of the Italian Society of General Medicine, echoed- first is that non only smoking is bad but is also the first cause of cumulative risk for all the organs end a lot of diseases, therefore we need to fight it. Secondly, in spite of all of this a lot of people smoke. Thirdly, the family doctor need to help people that smoke, both suggesting how to stop and supporting people who cannot or wouldn’t do it>>. How? Through Information.<< We don’t have an ideological role, we need to evaluate to scientific bases and give the patients all the strategies and notations useful for them. Smokers need to be helped to reduce the impact of smoke on health, and they have the right to know all the solutions, even partials, like the reduction of the number of cigarettes of the chemical elements to come in contact with>>.