Talk “The work to come”. PNRR and job

Curated by Foundation for Subsidiarity.
Francesco Baroni, Country Manager of Gi Group Italy; Roberto Garofoli, Subsecretary of State to the Presidency of the Council of Ministers; Pedro Silva Martins, Professor of Applied Economics at Queen Mary University of London and Research Fellow at NovaSBE (Lisbon); Francesco Mutti, President of Centromarca.

After deepening the changes taking place in the labor market, increasingly without borders and characterized by technological innovations, the fourth episode focuses on the relaunch of Europe. Will NRPP help us create real work? What do we expect from the NRPP in terms of work? Can we talk about a European labour market? We will deepen the importance of dialogue between European and local institutions and the benefits of being part of a large and solid community in a time of great change. How can the subsidiary culture be a lever for the relaunch of Europe? We will address these issues thanks to the contributions of, among others, the Polish Deputy Minister of Higher Education, those who deal with work issues around the world and those who are at the center of our country’s government policies.

With the support of Philip Morris Italy 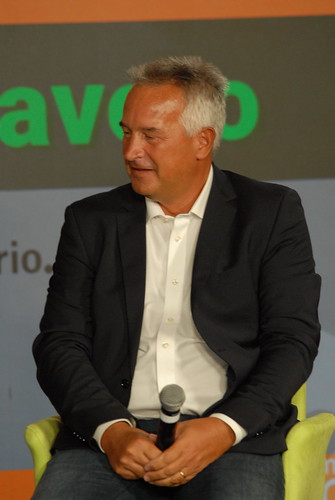