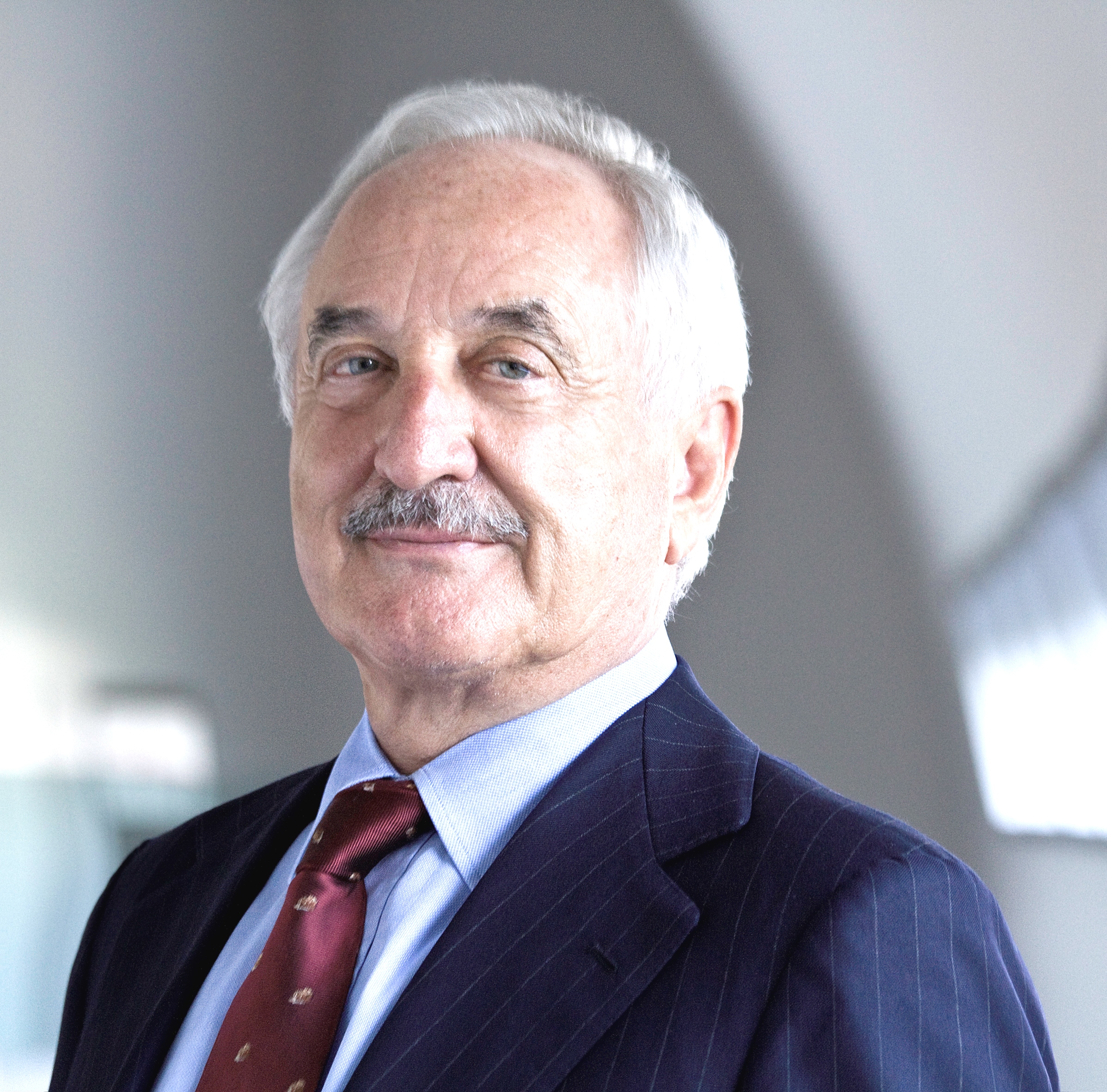 Alberto Bombassei was born in Vicenza on October 5, 1940.
President and Co-Founder of BREMBO SPA, a market leader in the design and manufacturing of high performance braking systems for cars, motorcycles, commercial vehicles, as well as for those in competition category and the replacement parts market
He is the founder and president of Kilometro Rosso Scientific and Technological Park, a campus inspired by a multisector and interdisciplinary approach that enhances dialogue between academic, business and scientific culture.
In February 2013 he was elected by Civic Choice with Monti to the Chamber of Deputies, where he is a member of the 10th Commission for Production, Trade and Tourism .
In June 2017 he was appointed member of the Board of Directors of Assonime, the Association of Italian Companies for Shares, for the two-year period of 2017-2018.
Since 2016 he has been a Member of the Board of Directors of ISPI – Institute for International Political Studies; and also from the same year, a member of the Board of Directors of the Fondazione Italia China.
From 2004 to 2012 he served as Vice President of Confindustria for Industrial Relations, Social Affairs and Pensions; from 2001 to 2004 he was Chairman of Federmeccanica.
In July 2017, he became part of the Automotive Hall of Fame, the highest honor of the world’s automotive industry, reserved for those who have had a decisive impact in the automobile world.
In 2014 he was awarded the Honor of the Commander of the Royal Order of Isabella the Catholic by the Spanish Ambassador in Italy for his extraordinary civic behavior that contributed to the promotion of amicable relations between Spain and Italy.
In 2004 he was appointed Knight of Labor by the President of the Italian Republic Carlo Azeglio Ciampi.
In 2003, the University of Bergamo awarded him a Honorary Degree in Mechanical Engineering.
Over the last few years, he has been awarded the following awards and recognitions:
• Leonardo Prize, delivered by the President of the Italian Republic Sergio Mattarella in March 2017, for his significant contribution to the promotion of Italy in the world;
• Transatlantic Award 2014, awarded by the American Chamber of Commerce in Italy, favoring the development of transatlantic relations between Italy and the United States;
• Ernst & Young Award “The Entrepreneur of the Year 2012” for consolidating and renewing a company that for over 40 years has succeeded in anticipating and bringing the evolution of cars and motorcycles;
• Tiepolo Award 2012 awarded by the Italian Chamber of Commerce and Industry for Spain and the Chamber of Commerce and Industry of Madrid for the important contribution to the development of relations between Spain and Italy;
• “ASFOR 2008 Career Award”, awarded for the important role played in the economic and social development of Italy;
• Amerigo Vespucci Award, awarded in 2007 by GEI (Italian Expo Group) in São Paulo, Brazil, for the contribution to the development of relations between Italy and Brazil;
• Leonardo Award “Quality Italy”, delivered by the President of the Republic Carlo Azeglio Ciampi in 2003, for bringing Made in Italy to the world.