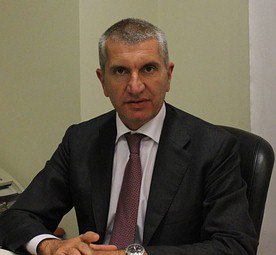 Born in Bologna in 1968, Giampiero Bergami has been working for UniCredit since 2008. He is married since 1995, four children.

After graduating in Economics at the University of Bologna, he started his professional career in London, working at London Economics LTD, HSBC Capital Markets and Lehman Brothers. In 1998 He moved in the US where he successfully completed a Master’s Program in Business Administration at the Johnson Graduate School of Management at the Cornell University in New York. In US he worked for Lehman Brothers and then joined as Ceo Akros Securities Inc. Giampiero moved back to Italy in 2003, where he worked first at MPS Finance S.p.A. and then at Monte dei Paschi as Head of Key Clients.

In April 2015, Giampiero was appointed Head of Capital Markets and Investment Banking for Unicredit Italian Network. He is a permanent guest of the CIB Ex-Co and the Network Italy Ex-Co.