In oculis facta. The role of the image in scentific understanding 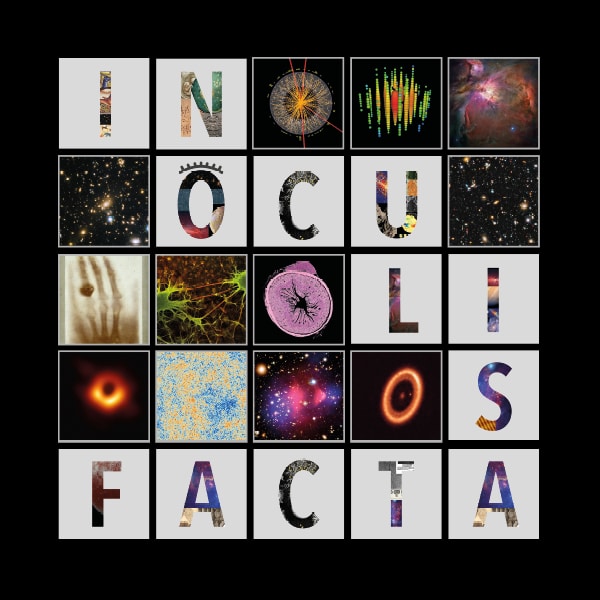 These words of Teilhard de Chardin effectively describe a fundamental dynamic in the scientific journey, which is based on our tendency to generate ever more accurate images of reality. This is also possible today thanks to a wide range of sophisticated instruments that reveal to us otherwise inaccessible aspects of nature.

In this space we intend to discover together with the visitors the role that images play in scientific knowledge, aware of the centrality that images have in our perception of reality today. The need to represent nature predates modern science by far. Despite the colossal differences that characterise them, perhaps there is a hidden link between the cave paintings of primitive man and the recent spectacular images offered by the most powerful telescopes: where does this need of ours to depict the world around us come from? To what extent is it endemic of our possibility of knowledge and what is its function?

Compared to a work of art or a souvenir photo, images of scientific value have some particular characteristics: they often offer powerful syntheses of large amounts of information (“A picture is worth a thousand words”). Sometimes they reveal genuine novelties or, on the contrary, confirm hypotheses; in some cases they become emblems of an irreversible step in our view of the universe. On the other hand, while it is true that the image is a pillar of the scientific process, it is certainly not the only one, and in fact it only captures certain aspects of the object, necessarily proving to be provisional and incomplete. Is there anything in physical reality that no image can entirely capture?

We consider an image to be ‘faithful’ when it minimises the elements of arbitrariness, rendering external data as directly as possible. However, when an image is intended to verify a certain hypothesis, the scientist deliberately selects or enhances certain features of it. And even when the image is collected without any particular selective intervention, an effort of attention is still required to grasp all the hints it may offer through a delicate work of interpretation. What is the role of the human subject in producing and using a scientific image?

Visitors will thus be invited to look at reality in the same way as scientists look at it. They will be able to explore these questions in depth, discovering – also through a number of exhibits – how scientific images are conceived and realised, how they are read and used in research, what role they play in the advancement of knowledge and what future prospects await us.

There will be two exemplary areas of investigation that will give content to the proposal: the universe from the microcosm to the macrocosm, with some extraordinary images starting from the elusive elementary particles up to cosmic scales; and the astonishing complexity of the human body, from the secrets of individual cells up to the most advanced bio-medical imaging techniques. We will thus see how imaging is essential for both basic research and diagnostic applications.

A third strand will follow the evolution of scientific imaging throughout history, highlighting the milestones that have gradually opened up the possibilities of depicting the physical world.

An arena dedicated to meetings will host various events. Twice a day there will be in-depth discussions with experts and researchers, also from non-scientific disciplines, as well as meetings with speakers from some of the conferences in the general programme of the Meeting. The curators will then have the task of presenting the selected images in the exhibition.

On the way to better and better defining the image of the world and all its constituent elements, man is pushed towards a horizon greater than the understanding of phenomena themselves. The clarification of the image of the world raises the question of the meaning of reality and the relationship we have with the reality that hosts us. In this dramatic and fascinating relationship, the question of the origin and destiny of everything becomes more urgent. Together with the passion for the investigation of every detail, a deeper interest grows, common to all authentically human endeavours: the passion for man and for reality as a whole.