The message of Pope Francis at the 2019 Meeting 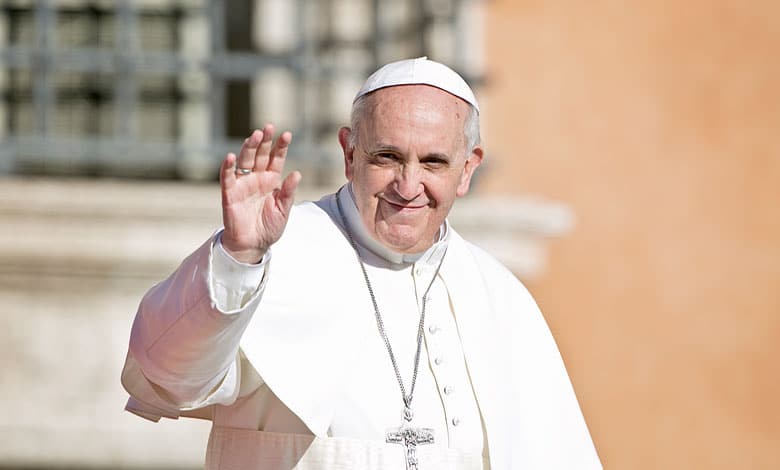 Here is the Pope Francis’s message  sent to the Meeting on the occasion of the XL edition.

To His Excellency Reverend  Francesco Lambiasi Bishop of Rimini

On the occasion of the XL Meeting for friendship amongst peoples, I am pleased to present you, the organizers, the volunteers and all those who will take part in paying respect to Supreme Pontiff.

The theme chosen this year is taken from a poem by St. John Paul II, referring to Veronica, which makes its way through the crowd to dry the face of Jesus on the way to the cross: "Your name was born from what you gazed upon" ( K. Wojtyla, "III. The Name", in Id., All Literary Works, Milan 2001, 155). The Servant of God Don Luigi Giussani thus commented on this poetic verse: "Let us imagine the crowd, Christ passing with the cross, and she ( Veronica) is staring at Christ and opening a gap in the crowd looking at him. Everyone looks at her. She who had no face, she was a woman like any other, she acquired a name, that is a face, a personality in history, for which we are still remembering, for what she was staring at. [...] Loving is affirming the other "{The human convenience of faith, Milan 2018, 159-160).

"He was looked at and then he saw; [...] if he had not been looked at, he would not have seen "(St. Augustine, Discorsi, 174, 4.4), says St. Augustine about Zacchaeus. This is the truth that the Church has been telling the man for two thousand years. Christ loved us, he gave his life for us, for each of us, to affirm our unique and unrepeatable face. But why is it so important for this message to be reheard again? Because so many of our contemporaries fall under the heavy weights of life's trials, and find themselves alone and abandoned. And they are often treated as statistics and numbers. Think of the thousands of individuals who flee wars and poverty every day: first of all, they are faces, people, names and stories. We must never forget it, especially when the culture of waste, marginalizing, discrimination and exploits, threatening the dignity of a person.

How many forgotten ones urgently need to see the face of the Lord in order to find themselves again! Today's man often lives in insecurity, groping his way, alien to himself; it seems to have no more consistency, so much so that it easily lets itself be gripped by fear. But then, what hope can there be in this world? How can man find himself and hope? He cannot do it only through reasoning or strategy. Here then is the secret of life, the one that brings us out of anonymity: fixing our eyes on Jesus' face and becoming familiar with Him. Looking at Jesus purifies our sight and prepares us to look at everything with a new point of view. When they met Jesus, looking at the Son of man, the poor  found themselves, they felt a deep love without measure. Let's think about when the unnamed "The betrothed" stands before Cardinal Federigo who embraces him: "The unnamed, stopped the embrace, covered his eyes again with one hand, and raising his face at the same time , exclaimed: "God is really great! God is really good! I know myself now "(A. Manzoni, I promessi sposi, Milan 2012, 481). We too have been looked at, chosen, embraced, as the prophet Ezekiel reminds us in the wonderful allegory of the love story with his people: "You were the daughter of strangers, you had been set aside; but I have passed and I have cleaned you and taken you with me "(see Ezek 16). We too were "foreigners", and the Lord came, gave us an identity and a name.

In an age where people are often faceless and anonymous figures because they have no one to lay their eyes on, the poetry of Saint John Paul II reminds us that we exist because we have social relations. Pope Francis loves to emphasize this by referring to the Gospel of Matthew's vocation: "One day like any other, while he was sitting at the tax collection counter, Jesus went by and saw him, came up and said to him:" Follow me ". And he got up, followed him. Jesus looked at him.  Looked at him with such love , his powerful gaze of love made Mathew move. What strength those eyes must have had to make him stand up! [...] Jesus stopped, did not pass hastily over, looked at him without haste, looked at him in peace. He looked at him with eyes of mercy; looked at him like no one had looked at him before. And that look opened his heart, made him free, healed him, gave him hope, a new life "(Homily, Plaza de la Revolución, Holguin [Cuba], 21 September 2015).

And this is what makes the Christianity a presence in the world different from all the others, because it brings the announcement of which - without knowing it - the men and women of our time are more in need: it is among us the One who is the hope of life. We will be "original" if our face is the mirror of the face of the risen Christ. And this will be possible if we grow with the knowledge of which Jesus invited his disciples, like that time after having sent them on a mission: "The seventy-two returned full of joy" for the miracles performed; but Jesus says to them: "Rejoice rather because your names are written in heaven" (see Le 10,20-21). This is the miracle of miracles. This is the origin of the profound joy that nothing and no one can take away from us: our name is written in the heavens, and not for our merits, but for a gift that each of us has received with Baptism. A gift that we are called to share with everyone, without exception. This means being missionary disciples.

The Holy Father Francis hopes that the Meeting will always be a hospitable place, where people can talk ‘’face to face", experiencing their own unmistakable identity. It is the most beautiful way to celebrate this anniversary, looking forward without nostalgia or fears, always supported by the presence of Jesus, immersed in his body which is the Church. The grateful memory of these four decades of hard work and creative apostolic work can arouse new energies, for the witness of faith open to the vast horizons of contemporary urgencies.

His Holiness invokes the maternal protection of the Virgin Mary and from his heart sends the Apostolic Blessing to your Excellency and to the entire community of the Meeting.