“Photographing is an act of prayer”, Guido Guidi guest of Arena Percorsi 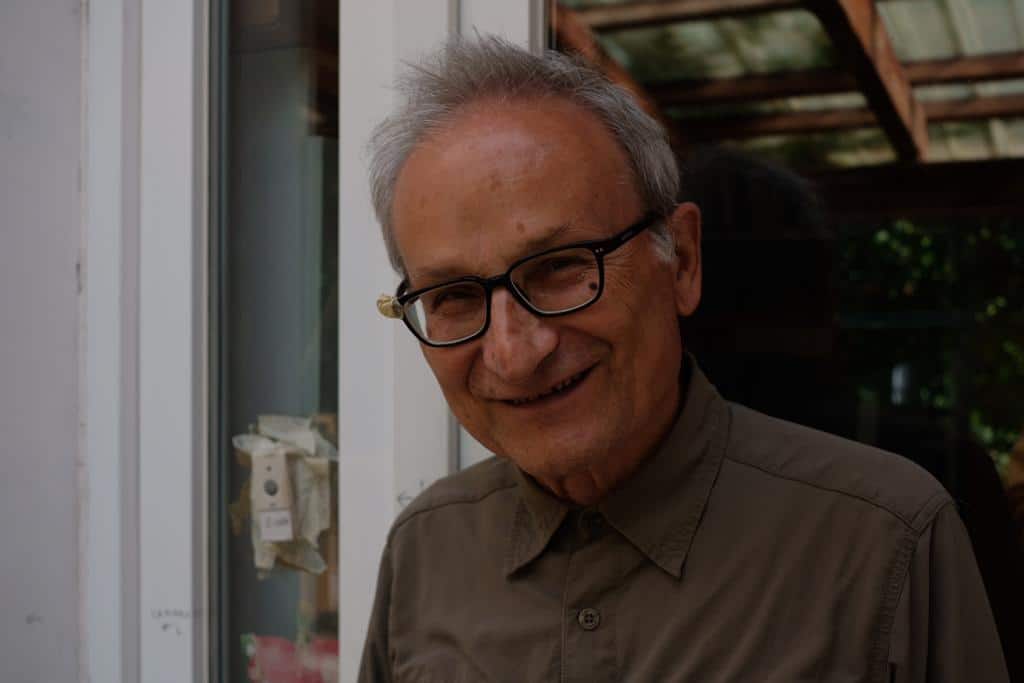 His photographs have been exhibited at the Guggenheim and Whitney museums in New York, at the Pompidou Center in Paris, at the Venice Biennale and at the Canadian Center for Architecture in Montreal. The photographer Guido Guidi will talk about himself at the Meeting on Wednesday 21st of August (in the Arenas A2 A2) in the meeting "Wherever you look, there is something to see". The title is inspired by the Talmud, the sacred text of Judaism. «I take pictures to know, to understand. The Talmud says that anywhere you look there is something to see. But Talmud is no the only one who says it », explained Guidi who was interviewed interviewed by Tracce. "Photographing for me means being in the world, touching things, identifying with things. Not judging them, not criticizing them and therefore an act of prayer, is a devout act precisely. It is not so much the result that interests me, but the gesture itself ». Guidi quotes Gregory of Nyssa. The father of the Church "said that ideas create idols while wonder opens to knowledge. It is wonderful. It is the reaction you have when you look at things with that surplus of intensity ... Like the child who stares, and the mother tells him: "Why are you staring? It's rude ". But it is that intensity that leads you to know. That intensity overlooks everything, only a look, devoid of anything else ".

Born in Cesena, Guidi, is one of the masters of Italian photography. Part of Luigi Ghirri, Giovanni Chiaramonte and Gabriele Basilico’s generation. His presence at the meeting is considered a return to this world. Guidi is in fact one of the photographers chosen by Chiaramonte for the Rimini Meeting exhibition 1982 "Place and identity in contemporary European photography", in which they exhibited all the artists that will appear, two years later, in the historic project "Viaggio in Italia", curate from Ghirri.

Guidi is a personality who "does not like the limelight, but the quality and consistency of his photography has allowed him, especially in the last decade, to become an artist loved and appreciated in the world", explains Tracce journalist Luca Fiore , who interviewed him and who will talk to him also at the Meeting. In fact, for some years his work has been published by the London publisher Mack Book. In 2014, his retrospective "Veramente" was produced by the Henri Cartier Bresson Foundation in Paris and taken to the Huis Marseille museum in Amsterdam and to the Ravenna Sea. In 2018, his "Per Strada", a three-volume work published by Mack, was included in the New York Times' Teju Cole in the list of the best photography books of the year.

In 2019, on the occasion of the exhibition dedicated to him by the Museum of Contemporary Art of Nuoro, a new volume entitled "Sardinia" was published, which collects images taken on the island two moments but three decades apart and which was reviewed by the Financial Times.