Where does hope come from? The meeting with Julián Carrón 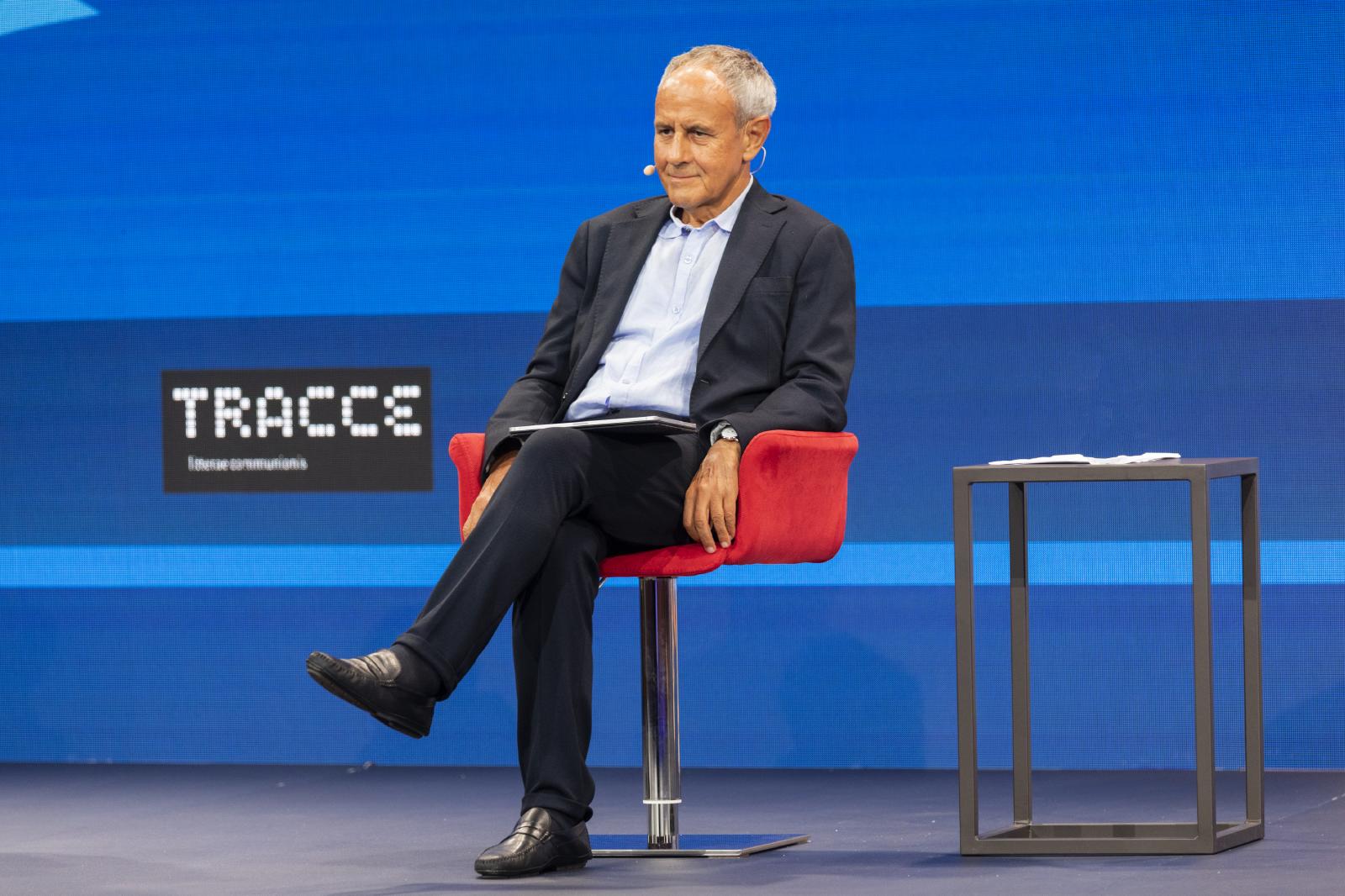 Where does hope come from? There is no cheating. With others but, above all, with themselves. This is the only but non-negotiable condition for receiving profitably what emerged from Bernhard Scholz’s colloquial interview with Fr Julián Carrón, on Thursday evening, at the Rimini Meeting.

They didn’t even cheat for a nuance. Not the priest, President of the Fraternity of Communion and Liberation, in his answers, and not the President of the Meeting in his questions. With great grace, and with Teutonic tenacity, the interviewer did not gloss over any of the possible rocks against which hope can collide. And his interlocutor has never slipped away from the answer drawn from abstract thought, but has always fielded the experience. His experience, through which he built his awareness and his faith, and that of the listener, of each of us, repeatedly invited to become aware of our own experience and to draw all convictions from it. Looking, seeing, intercepting are the most frequent terms: in my notebook there are no words such as study, deduce, think, devise.

Hope, and then awakening of the human, which is the title of a recent book by Carrón. How can you talk about the awakening of the human, Scholz attacks, in such a dramatic moment as this of the pandemic? A time - it comes to mind -, months and months and until who knows, when half the world is paralyzed, entangled, afraid, blocked by the rules. Here is Carrón’s first “look”: “Here it is the awakening of the human, before our eyes. Indeed we are living it: this Meeting that no one believed possible and which, instead, has been recreated new and alive here and in one hundred and twenty cities of the world”. But where does the hope come from? The interview begins and ends with this question, which is the theme of the evening. In the middle, a path develops for which the final answer is not stuck but pertinent to real existence. The first answer relies on Pavese, and approaches hope with expectation, both inherent and inextricable in the human being: “No one has promised us anything, so why are we waiting?”. The final answer ... later.

The first stumbling block, or first half cheating, is to identify hope with optimism. Carrón has the Candide of Voltaire (the anti-clerical one) answer, who scoffs at the urge to claim that “everything is fine”" when reality is not so. Because reality “is relentless, and our whole chance consists in whether or not we have a support point that can withstand shocks”. Otherwise, “once the attempts to get by ourselves are over, goodbye hope”. A very frequent way, Scholz suggests, to soften the blow of this inability is to go into standby, sit passive and wait for the bad period to end. Illusion, according to the CL guide, because “getting up in the morning having as only reason to do it to just spend the day, does not alleviate anything, but makes the situation even more unbearable”. And so? It is the turn of a quote from Montale: “An unexpected event is the only hope”. Yes, but which point of support to hope even when reality does not correspond to us or appears hostile to us? I am telling you flat out, how can we not be deceived by false hopes? (Everyone can think about those with whom in one way or another he came across like a Pinocchio with the cat and the fox, eds.).

Here is Carrón’s other powerful “look”: “Let each one look within himself what makes him be himself. Everyone can test what path he has made in life and in these COVID’s circumstances: if he has realized that difficulties have been a provocation to his intelligence and his freedom, an opportunity for his growth, or if what Eliot feared happened, that he lost his life while living”.

Carrón draws heavily on his experience as a teacher and educator. He repeats what he explained to the students to make them understand that hope in the future rests on something that happens in the present, according to Fr. Giussani’s definition. He said to his Spanish students: “If you have a loved one who is seriously ill, so much so that he leaves little hope, and at some point you come to know that on the other side of the world another person with the same disease has been healed, this changes, and how!, your gaze on the future”. Only an event now, a presence, makes hope in the future reasonable and possible. Not just any presence, though. “Of course not. Not every presence knows how to give security in the storm like that of Jesus on the boat with his disciples. But there we see that hope rests on faith, on the trust that we, like his disciples, place or not in that exceptional man, who was killed and whom they had seen risen, alive”. In the end, everything is condensed into this: if it is possible that it happens, indeed if it happens today what happened two thousand years ago on the shores of the Sea of Galilee. The answer is: it does happen. Not by magic: because of the meeting with certain people, changed by that event and witnesses of it”.

At the Meeting, on the first day, there was a beautiful documentation of such an experience. The autobiographical one of the Spanish intellectual Mikel Azurmendi, who first met a voice on the radio who said “different” things, then a friend of his, then another, all with a very normal extraordinary life, to be desirable, and whose only explanation is Christ here and present.

In the last part of the conversation with Scholz, Carrón had the opportunity to illustrate how this position is neither the opium of the peoples, nor a spiritualistic retreat, but it makes people put their fingers in the pie with enthusiasm, intelligence and generosity, in an attempt to build more just social forms of life for man. Nor is it a position that one gets away with postponing everything to the afterlife. The verification is not in eternal happiness, but in the hundredfold down here. Here, a vast field of work opens up in all the folds and structures of living. A real path of education and growth of young people is defined, beginning with the parent-child relationship or, in any case, the educator-disciple. This is the way: to introduce reality as a great forge of opportunities and suggestions, accepting the risk, without trying to spare children the impact with reality, perceived as a threat from which to protect themselves, “by injecting fear into their blood”.

To the initial question - where does hope come from? - now the most complete and not stuck answer is therefore: “From an exceptional and unexpected gift that reaches us through a carnal encounter and that makes us fulfill ourselves”.