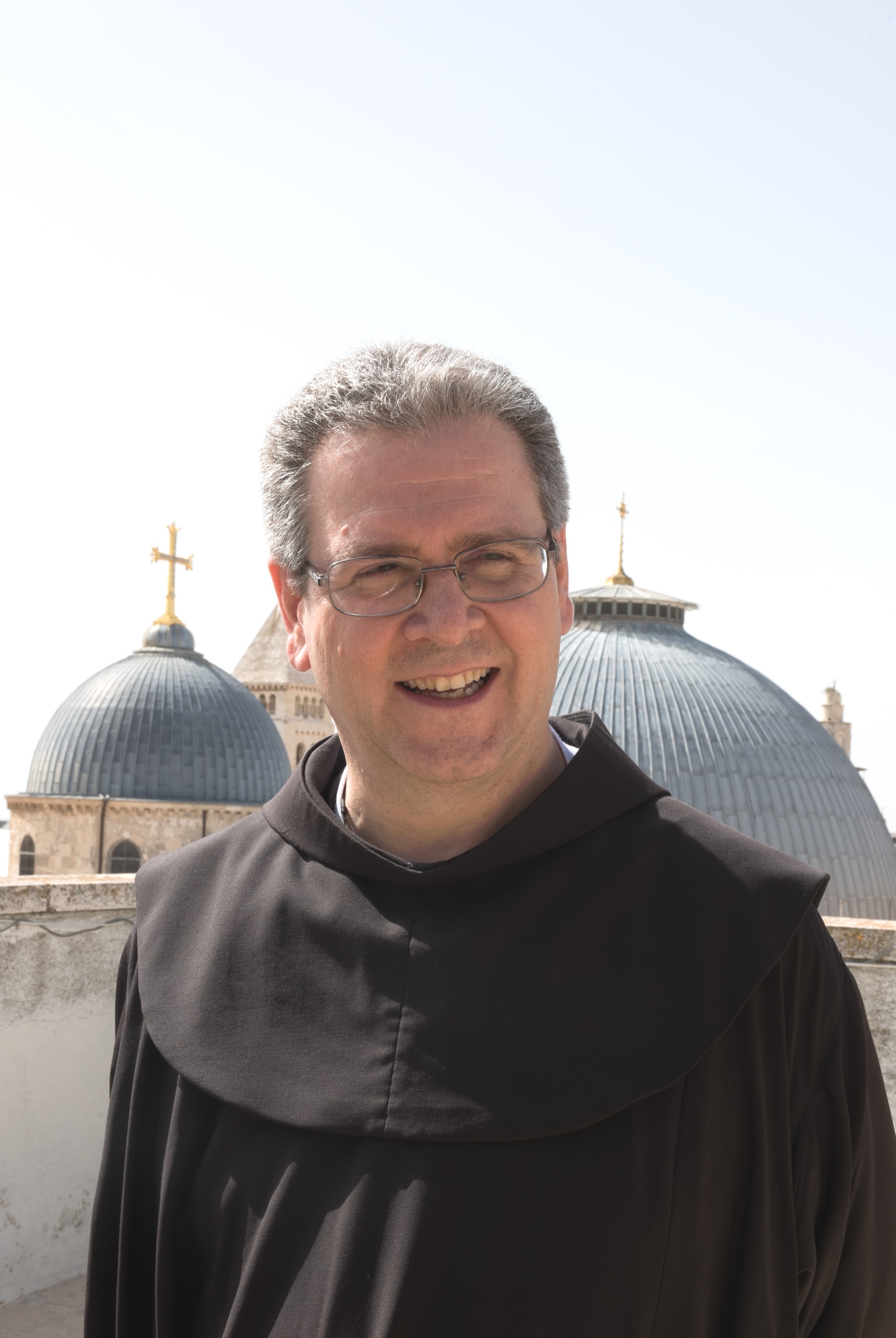 Father Francesco Patton, current Custos of the Holy Land, was elected by the General Definitory of Friars Minor on May 20, 2016 for the next six years.

He issued the first religious profession on 7 September 1983 and the solemn one on October 4, 1986. He received the presbytery ordination on May 26, 1989.
In 1993, he obtained the Degree in Communication Sciences at the Pontifical Salesian University in Rome.

He has performed several services within his Province of origin and within the Order.
He was twice General Secretary of the General Chapter OFM (2003 and 2009), Visitor General (2003), Provincial Minister of Trentino.

(2008-2016), President of the Conference of Provincial Ministers of Italy and Albania (COMPI).
Numerous assignments outside of the Order: Member of the Diocesan Presbyteral Council and the Secretariat of the Diocesan Pastoral Council of the Archdiocese of Trento; Professor of Social Communication Sciences at Tridentino Academic Theological Study; Collaborator of the Weekly Diocesan, Diocesan Radio and Telepace Trento; Enrolled in the journal of Trentino – Alto Adige journalists since 1991.

In addition to Italian, he speaks English and Spanish.

Because of the importance of his role, the Custodian of the Holy Land is nominated directly by the Holy See after consultation with the Custody Fathers and the presentation by the General Government of the Order. In the Holy Land, the figure of the Guardian is considered to be one of the principal Christian religious authorities. Together with the Greek Orthodox Patriarch and the Armenian Orthodox Patriarch, he is responsible of the status quo, the code that regulates life at some sanctuaries like the Holy Sepulchre and the Basilica of the Nativity of Bethlehem.

The Custodian is part of the Assembly of Catholic Ordinaries of the Holy Land.

PARTECIPAZIONI
2019 - SAINT FRANCIS AND THE SULTAN: THE LEGACY OF A MEETING THAT HAS LASTED 800 YEARS