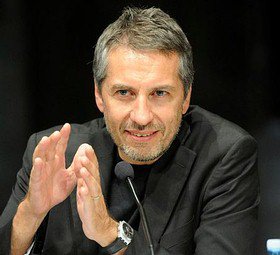 Full Professor of General Sociology of the Catholic University of the Sacred Heart of Milan and Secretary of the Scientific Committee and Organizer of the Social Week of Italian Catholics. Sociologist and economist, graduated in Social Sciences Disciplines (DES) at Bocconi University in Milan in 1984, PhD in Social Sciences at Canterbury (UK) in 1991
He has been a researcher since 1994 at the Faculty of Political Science of the Catholic University of Milan since 2002, and has been an ordinary professor in General Sociology since 2002.
From 2006 to 2012 he was chair of the Sociology Faculty at the Catholic University of Milan where he teaches Sociology of Globalization and Analysis and Institutions of Contemporary Capitalism.
Visiting fellow at the University of Edinburgh, the University of Canterbury and the Catholic University of Buenos Aires, was visiting professor at the École des hautes études en sciences sociales in Paris (2007) and Notre Dame University (2013).
He is currently Permanent Research Fellow of the Center for Ethics and Culture of Notre Dame University (US).
He was a member of the board of directors of Global Studies Associaton and director of the Italian Social Sciences Committee. He is a member of the board of directors of the Istituto L. Sturzo of Rome
Since 2008, he has been director of the Center for the Anthropology of Religion and Cultural Change (ARC), founded by the collaboration between Catholic University, Gallup Heritage Foundation, Gallup Europe and Cork University.
Over the years, he has published numerous monographs and essays on Italian and foreign magazines, participating in international university networks and directing projects for agencies such as the EU, European Science Foundation, MIUR, Ministry of Labor, Lombardy Region, Milan Chamber of Commerce, Caritas Italiana, Cariplo Foundation, Fondazione Pastore, Giovanni Agnelli Foundation, Edison Foundation, Banca Intesa.
He is a member of the Editorial Board of the International Journal of Political Anthropology, of the Scientific Committee on Sociology and of the Writing Committee of Studies in Sociology, International Dialogues and Social Updates.
From 2008-9 he is a contract professor of Sociology of Religion at the Theological Faculty of Northern Italy.
He is a member of the Cariplo Foundation’s Central Commission for Charities, the Solidarity and Development Committee of the Next Bank and the Permanent Committee of the Ambrosianeum Foundation.
It is part of the Scientific Committee of the Courtyard of the Gentiles.
He is editorialist of Il Corriere della Sera.

PARTECIPAZIONI
2022 - CYBERSOCIETY AND HUMAN CIVILIZATION
2019 - BETWEEN THE DROP IN THE BIRTH RATE AND GENERATIVITY: THE WORK CHALLENGE