Happy Easter from the Meeting! 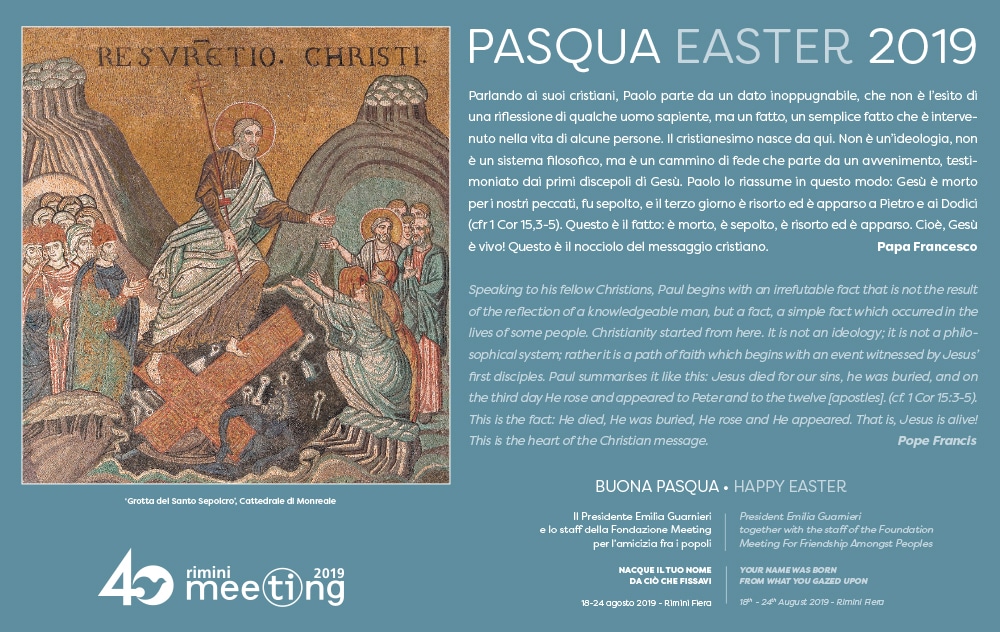 «Speaking to his fellow Christians, Paul begins with an irrefutable fact that is not the result of the reflection of a knowledgeable man, but a fact, a simple fact which occurred in the lives of some people. Christianity started from here. It is not an ideology; it is not a philosophical system; rather it is a path of faith which begins with an event witnessed by Jesus’ first disciples. Paul summarises it like this: Jesus died for our sins, he was buried, and on the third day He rose and appeared to Peter and to the twelve [apostles]. (cf. 1 Cor 15:3-5). This is the fact: He died, He was buried, He rose and He appeared. That is, Jesus is alive! This is the heart of the Christian message».

Happy Easter from President Emilia Guarnieri together with the staff of the Foundation Meeting For Friendship Amongst Peoples!