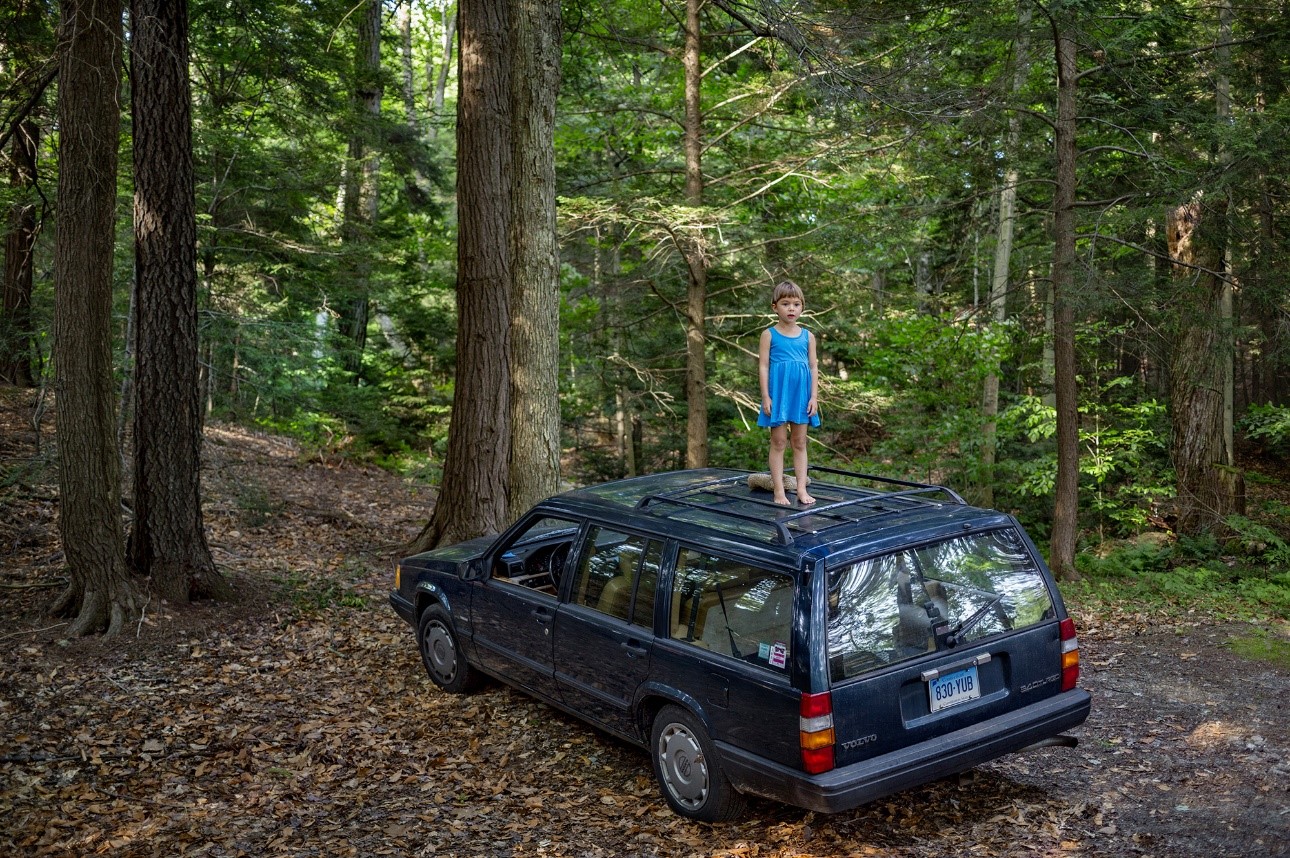 Curated by Luca Fiore
In collaboration with Micamera Bookstore (Milan)

The exhibition by Gus Powell (New York, 1974) is a novel in images, collecting family photos taken in the months preceding the death of the photographer’s father, Peter. In the same period Powell sees his two daughters growing up, playing and learning about the world. Peter is portrayed in bed or sitting in an armchair, with signs of a throat operation that rendered him mute. The two little ones run around the house, have fun at the beach or play on the swings. The family’s vicissitudes are intertwined with that of Jimmy, the 1993 Volvo 940 Turbo station wagon that goes in and out of garages for repairs that are never resolved. Powell explains: “Family Car Trouble tells the story of a journey. It is about the life, death and breakdowns of a car. It shows the problems of my car, which I was able to solve, and the family and health situations for which there was little I could do.”