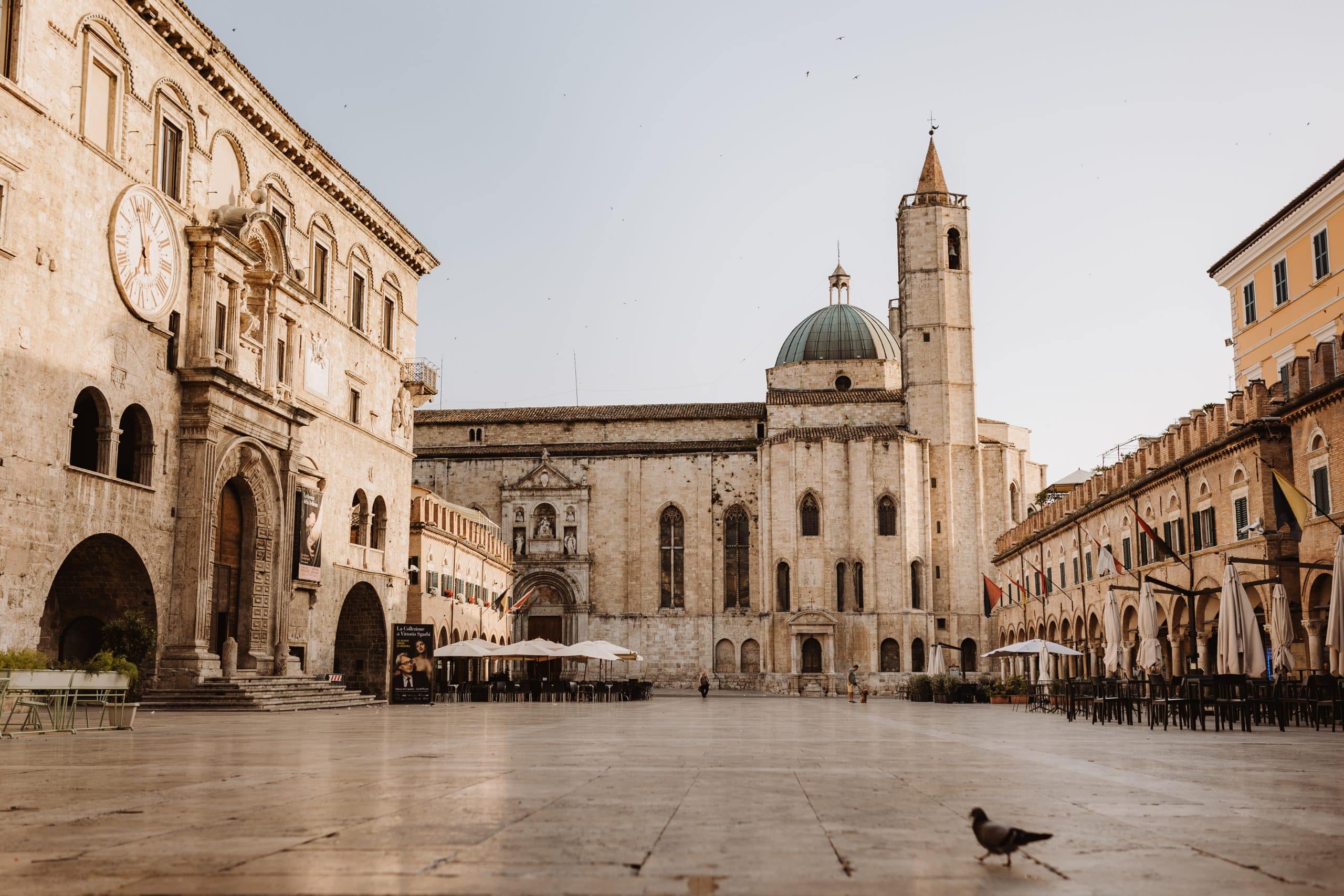 Why make an exhibition about Ascoli Piceno at the Rimini Meeting? What is interesting for visitors from all over the world about this small city of 50,000 inhabitants, nestled in the heart of Italy, on the fringes of the crucial nodes and major routes of our country? Nothing and everything.

Ascoli is a concrete and palpable manifestation of the beauty that springs from the passion of man which spans the centuries. It is an unlikely miracle resulting from the intersection of different civilisations that have followed one another, leaving their mark, their testimony. Built on a Roman layout, it is a rare and original example of a city that, despite the successive stratifications, has kept its primitive medieval core intact. Therefore, through every detail, every marble block, every glimpse, corner, and square, is the possibility of a dialogue with the man of all times, and therefore with the desire that animated him to create what we can see. Medieval man was a man in whom that caesura between God and experience had not yet been accomplished, a man in whom historically that detachment between God and reality of which Pope Francis speaks in Lumen Fidei had not been established: ‘Our culture has lost the perception of this concrete presence of God, of his action in the world. We think that God is only to be found beyond, in another level of reality, separated from our concrete relationships’. In medieval man, it was very clear that everything came from God and everything, every detail of life, was an offering to Him. This is the only way to explain a city such as Ascoli, in which there is a disproportionate number of churches, in which every step of the wayfarer is accompanied by a sign of memory (an engraving, a shrine, a cross) and in which every detail from an architectural point of view is a reminder of a totality that does not abandon. From this point of awareness of the people who inhabited it, the beauty of Ascoli seems to be born, which is not so much the fruit of the genius of an individual (unlike places such as Urbino) but is the evident expression of a people moved by a passion for man and for reality. What is striking is not a particular work, but the town as a whole. Guido Piovene says it well in his Viaggio in Italia: ‘Ascoli Piceno is among the most beautiful cities in Italy, not so much for this or that monument, but for its ensemble, its anthological quality, the enchantment that comes from nothing and from everything’.

In this exhibition, the story of Ascoli is told by its own people, the people who live it, simple people, who, walking through the narrow streets that furrow the heart of this city – so forgotten as to appear magical, trapped forever in another era – have been marked by its beauty. A beauty that speaks of a passion for man. A beauty that concerns us, that concerns everyone, even the visitor who came from furthest afar.