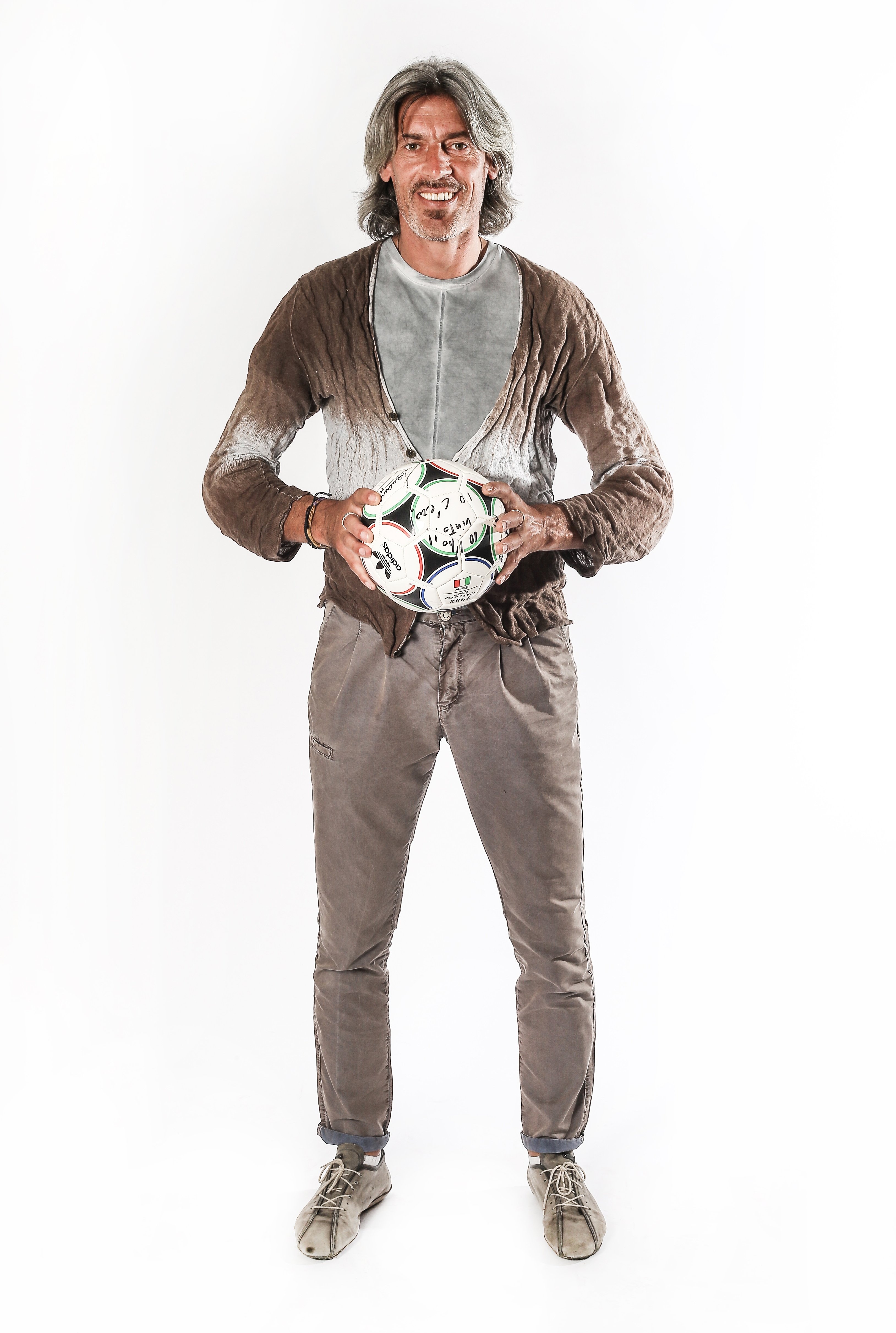 Moreno Torricelli was born in Erba, in Brianza comasca, on January 23, 1970, and grows in Inverigo in a family where the determination and the spirit of sacrifice have always been the keywords. His great grandfather worked as a stoker in the spinning mill and his father, despite the busy truck driver’s job, finds always time to follow his son Moreno in his football adventures. The first team to host him was Folgore di Verano Brianza. For a season, in the category Regional Pupils, he goes to Como for a season, who used to play in Serie A, but returned to the home team.
Crucial for his career was the passage from Oggiono to Caratese, in the 90’s-91 season, where Roberto Antonelli’s intuition changed him from sweeper to right-back at twenty-two years old. In the spring of 1992 Torricelli was noticed by Claudio Gentile, Lecco’s sports director, C2 series team. So, Gentile suggests him to Giovanni Trapattoni, Juventus coach, who surprisingly summoned him to the traditional end-of-season exhibition game when other C series companies were ready to bid.
Moreno Torricelli wears, suddenly, the shirt of one of the most prestigious clubs. He grows like as athlete under the leadership of Trapattoni who convenes him at the team’s summer gathering.
At the time of his militancy in Juventus, Roberto Baggio nicknamed Geppetto, an epithet that accompanied him throughout his career. On the second day of the championship he is already regular, and from then he will no longer leave the right side of the Juventus defense.
After another season at high levels, in which Juventus came second behind Milan, the Lippi era begins: the coach from Viareggio hasn’t a wonderful relationship with Torricelli, but he can’t lead the team without him, so he helped him improving his technical level and strengthening his role in the team and between 1995 and 1998, Juventus wins three championships, a Champions League and an Intercontinental Cup.
There are three unforgettable seasons for Geppetto who, just against Ajax, in the Copa del Rey 1996 at the Olimpico in Rome, probably plays his best match, containing the offensive actions of Kanu and Kluivert, the goal couple for Lancieri.
In six years with the white and black uniform sums up 153 appearances by creating a single net, and overcoming a serious injury in March 1997 a knee front crusing laceration. In the meantime, the Italian national team is also open to him, against Wales in 1996 and taking part in the unfortunate Europeans of that same year. Despite physical problems, Cesare Maldini calls him for the 1998 World Cup, but he plays and then closes his experience in the national team with a series of exhibition games during the management of Dino Zoff.
In the summer of 1998 without being warned, the Juventus management placed him on the market and Mr. Torricelli decided to play in Fiorentina, where he found his friend Trapattoni as a coach. In violet shirt, he disputes four seasons, several times a step away from a historic scudetto.
Mr. Torricelli finishes his career with an experience in Barcelona, in the Spanish Espanyol, and finally at the Arazzo, before coaching; first with the “Regional Beginners” of Fiorentina in 2007-2008 and then in 2009 with Pistoiese.
On June 23, 2009 he was Figline coach; in summer 2014 he is hired by Pont-Donnas / Hône-Arnad of Aosta as a supervisor of youth training.

PARTECIPAZIONI
2019 - TO BE A GUIDE
2019 - MINI OLYMPICS OF “TRAIN FOR THE FUTURE”
2019 - TRAINING TO WIN. Becoming a Team. How to Tearn to Pass the Ball Between Field and Company