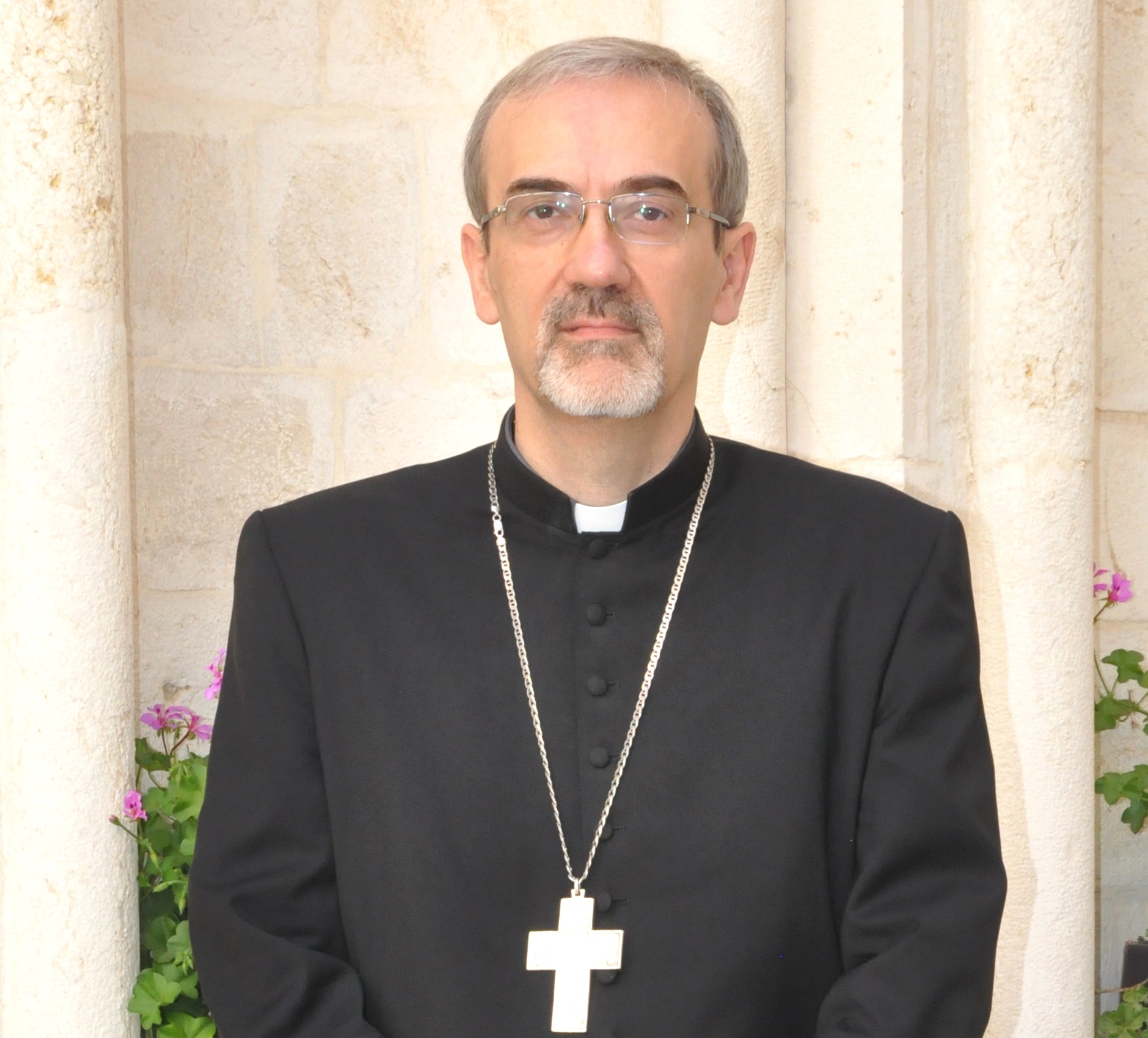 He attended the Middle School Seminary “Le Grazie” and received his classical maturity at the Archbishop’s Seminary in Ferrara (June 1984).
He took vows on September 5, 1984 in Ferrara (S. Spirito) and spent the novitiate year at the Franciscan Shrine of La Verna (Arezzo-Italy).
He has issued the Temporary Profession at Verna on September 7, 1985.
In Bologna at the Church of St. Anthony he issued the Solemn profession on October 10, 1989.

Also in Bologna on September 15, 1990, he was ordained Priest in the Cathedral for the imposition of the hands of Cardinal Giacomo Biffi.

After a period in Rome he moved to the Holy Land in Jerusalem in October 1990.

From 2 July 1999 he entered the service of the Custody of the Holy Land.

After the philosophical-theological studies, he took the Diploma in Biblical Theology at Studium Biblicum Franciscanum in Jerusalem.

He was named Custodian of the Holy Land for the first time in May 2004, for a period of six years. In May 2010 he was re-confirmed by the Minister General of the Order of Friars Minor for another term of three years and in June 2013 for the next three years.

Appointment to the Apostolic Administrator of the Latin Patriarchate of Jerusalem.

On 24 June 2016 Fr. Pierbattista Pizzzaballa was appointed by the Holy Father Francis Apostolic Administrator of the Latin Patriarchate of Jerusalem, sede vacante, elevated to the dignity of Archbishop, assigning him to the headquarters of the Verbe.

He was consecrated Bishop of St. Emil Cardinal Leonardo Sandri, S. B. Fouad Twal
and St. Ecclesiastes Francis Beschi, in the Cathedral of St. Alexander in Bergamo, on September 10 of the same year.

Offices Covered:
In 1995 he edited the publication of the Roman Missal in Hebrew and translated various Jewish liturgical texts for Catholic communities in Israel.

He served as Vicar General of the Latin Patriarch of Jerusalem for the pastoral care of Catholics of Jewish expression in Israel.

Publications:
Author of several books his last literary effort is titled “The power of the heart. The Middle East in the account of the Custodian of the Holy Land “, Pierbattista Pizzaballa, Edizioni Terra Santa, Milan, Publication 2016 ISBN 978-88-6240-379-5

Grand Master of the Orthodox Order of the Holy Sepulcher
May 30, 2016