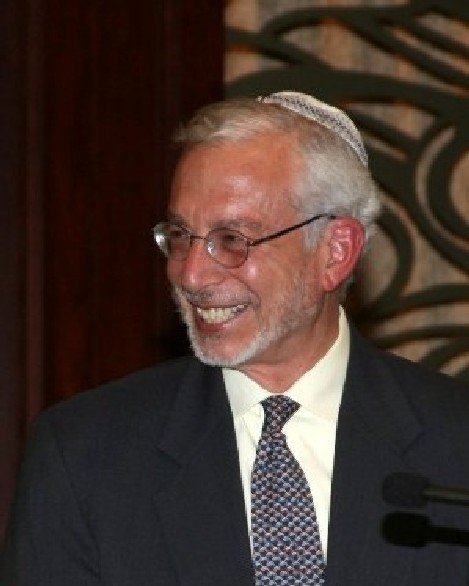 Rabbi Dr. Eugene Korn is the Academic Director of The Center for Jewish-Christian Understanding and Cooperation in Israel, which he helped found, and Senior Research Fellow at Beit Morasha of Jerusalem’s Institute for Religion and Society.
He was ordained by the Israeli Rabbinate and earned a PhD. in philosophy at Columbia University. He has taught at Columbia, Yeshiva and the Graduate Department of Judeo-Christian Studies of Seton Hall University.
Previously he was Executive Director of the Center for Christian-Jewish Understanding at Sacred Heart University and National Director of Interfaith Affairs at the Anti-Defamation League.
Rabbi Korn is one of the principal authors of the December 2015 declaration, “To Do the Will of Our Father in Heaven: Toward a Partnership between Jews and Christians,” the first Orthodox Rabbinic Statement on Christianity since the passage of Second Vatican Council’s Nostra Aetate by the Roman Catholic Church in 1965.

Dr. Korn is contributor and co-editor of “Plowshares into Swords? Reflections on Religion and Violence” (CJCUC, 2014) and “Returning to Zion: Christian and Jewish Perspectives” (CJCUC, 2015), both results of theology research projects of world renowned Christian and Jewish theologians that he co-directed.
He is a contributor and co-editor of the award winning “Jewish Theology and World Religions” (Littman Library, 2012), and “Covenant and Hope: New Frontiers in Jewish and Christian Theology” (Eerdmans, 2012). His previous books include “The Jewish Connection to the Land of Israel – A Brief Introduction for Christians” (Jewish Lights, 2007) “End of Exile” by James Parkes (Micah, 2002) and “Two Faiths, One Covenant?” (Rowman and Littlefield).
Dr. Korn founded a Jewish-Catholic theological dialogue in Jerusalem and has published more than 30 scholarly essays on Jewish ethics and law, Jewish-Christian relations, Jewish attitudes toward non Jewish culture and religious extremism. His writings have been translated into Hebrew, Italian, Spanish and German.
His articles, reviews of theological works and op-ed essays have appeared in the Chicago Sun-Times, The Jerusalem Post, America Magazine, Religion News Service, The Jewish Week, The Forward, National Catholic Reporter, and Studies in Christian-Jewish Relations.
Rabbi Korn lives in Jerusalem with his wife, Lila Magnus Korn. They travel frequently to Europe and the United State for professional and family reasons. He and Lila are blessed with three children and seven grandchildren, who live in Israel and the United States.