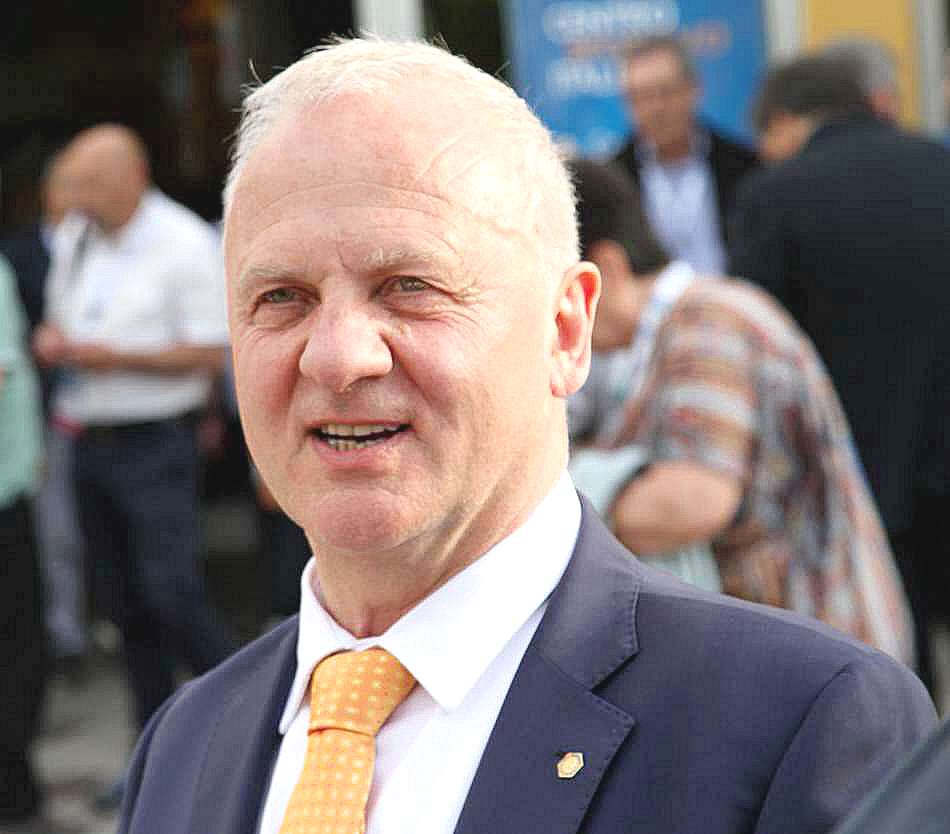 Vittorio Bosio, born in Endine Gaiano (province of Bergamo) on December 26, 1951, is President of CSI (Italian Sports Center). Married to Elena Mora, resides in Gorle (Bergamo).
Since he was a teen he has been able to attend the oratory and parish activities, fascinated by sport inspired by christianity.
After the military service in Carabinieri (army that he has always been very fond of), he starts a craftsmanship business at the same time and at the same time he deals, in oratory, with training a small team in the town. These are the years of decisive encounter with Don Tubacher, the pastor who is his spiritual guide and who will inspire his most important choices. With Don Tubacher, however, shares a strong passion for Atalanta and thanks to the same pastor, in 1972 he joined CSI as football referee.
Since then, the relationship with the Italian Sports Center, the Bergamo Committee, is becoming increasingly consoled, becoming a diversified form of service: referee; provincial counselor since 1978; football referee designator since 1985; He collaborated to the launch of Csi in Bergamo in L’Eco di Bergamo in 1983 and later in the Csi newsletter in Bergamo Tv; collaborates for the annual report with CSI of Bergamo published by SESAAB; coordinator of sports activities from 1989 to 1994; director of the Tennis Center Csi of Loreto (Bergamo) from 1987 to 1996; part of the national Csi football team from 1997 to 2000; Editorial director of the periodical “Csi Bergamo – Gente & Sport” since the foundation; chairman of the Csi Bergamo Committee from 1994 to 2000 and then from 2004 to today; deputy chairman of the Csi Bergamo Committee from 2000 to 2003; national councilor Csi from May 2000; deputy national vice president of the Italian Sports Center from 2004 to 2016.
With the chairmanship of Vittorio Bosio, supported by many trusted friends, the Bergamo Committee has over the years been aware of the development and consolidation of the activities and memberships that puts it at the highest level in Italy: over 1,000 affiliated sports companies and nearly 100,000 registered, Of which more than 45,000 under the age of 18 years, is a major and concrete commitment to the spread of youth sports.
Other assignments that always accept as a service to the community have a promotional social component of the person: a member of the provincial presidency Cdal (Consulta Diocesana Aggregazioni Laicali) from 2000 to 2004; Cometax’s sole administrator, launched in synergy with the Diocese of Bergamo to help minor Orators and sports companies; component council Coni Committee of Bergamo from 2004 to 2012, member of the Board of the Educational Institutes of Bergamo from 2003 to 2014; Vice president of Cittadella dello Sport of Bergamo from 2004 to 2008 and then president of the same from 2008 to present.
By crowning much commitment, however, which continues without stopping, in 2006 Pope Benedict XVI appointed him commander of the Order of St. Gregory the Great.

PARTECIPAZIONI
2019 - SPORT AND FAMILY. When Sport Becomes a Family Matter