The first time I attended the Meeting, 25 years ago, I did it as a volunteer during the pre-Meeting phase.

Until then, despite living in Rimini, I did not know exactly what it was, I had only a vague idea.

I immediately realized that there was something different, both among the volunteers and in the way they worked. It wasn’t just the attention to details: these were important, but it wasn’t all there. Then I tried to watch the people near me: their look at things and persons was different!

Then I wondered where that look came from. This became clear to me during Meeting week.

In meetings, exhibitions, shows, there was the whole reality, nothing was censored: from politics to religion, to work, to endeavours. Everything was aimed at making people under- stand the positivity and beauty of life with all its challenges, having the other and the Other as its center.

So I listened to stories, testimonies that you not heard on TV, that do not hit the headlines but that educate the heart of those who live them or those who compare themselves with them. This challenge is put again at stake every year.

For this I thank the friends who with dedication have made it the work of their lives. 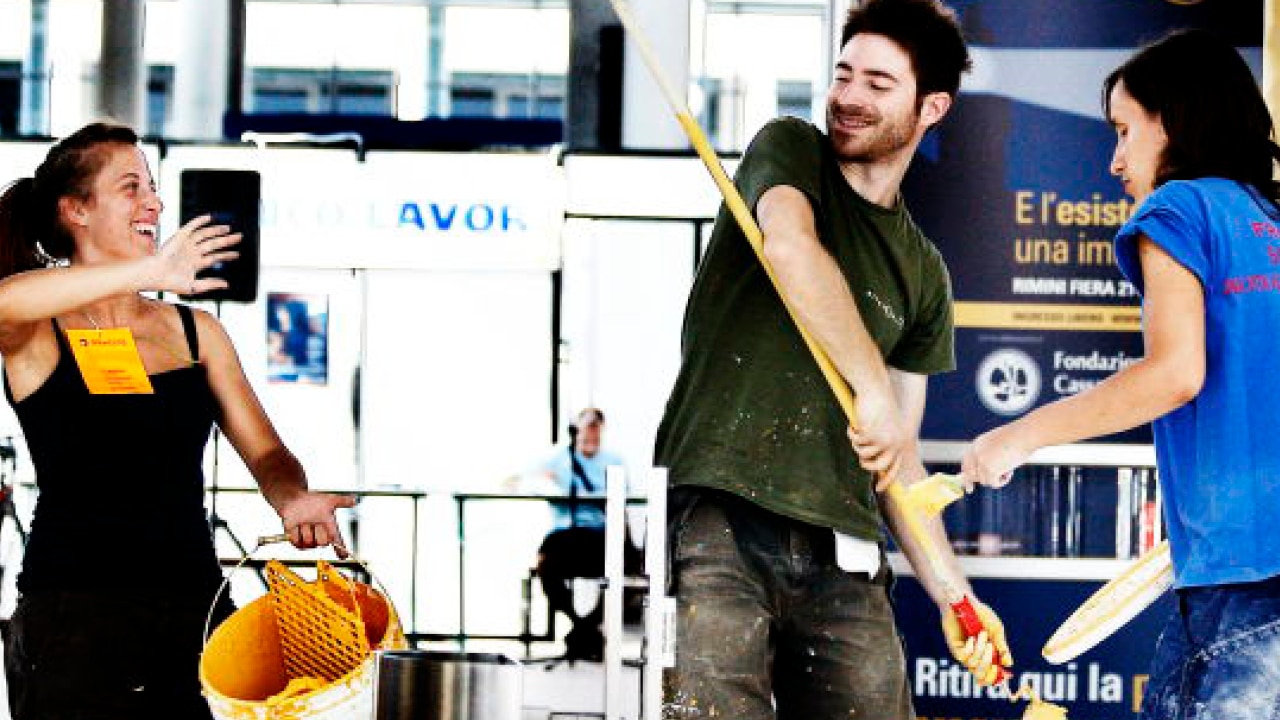