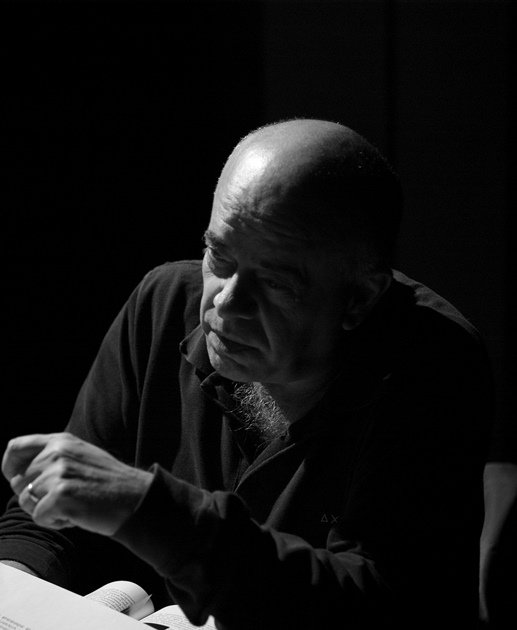 Franco Palmieri was born in Forlì in 1955. In 1976, he was among the founders of the Teatro dell’Arca and he participated, as an actor, in more than 100 shows. His career as an actor was supported by this organization and this education. In 1996 he began his work as a producer, signing more than 100 shows, events, and videos. Since 2005, Palmieri has been involved in projects on Dante’s Divine Comedy.
In 2005 Palmieri directed an event in which more than 150 people read the Divine Comedy in the metropolis and historic city center of Milan. It was entitled: La poesia incendia la città-Centocanti per Milano (Poetry sets fire to the city- 100 verses for Milan). In the historic center of Bologna, the manifestation was repeated, with the title: Bologna canta Dante-Tutta la Commedia in Centro (Bologna Sings Dante-The Entire Comedy in the City Center).
Since 2006, in Florence, Palmieri has been the artistic director of Culter, the institution that organizes the Dante manifestations with the title “All’improvviso Dante 100 canti per Firenze” (Suddenly Dante: 100 verses for Florence). Around 1500 people read, together in the streets of the center of Florence, the entire Divine Comedy, in just one afternoon. The manifestation now involved more than 9,000 readers and had its 10th edition in May, 2015.
In 2007, Palmieri wrote and directed “Fuoco luce angeli. Spettacolo tratto dalla Divina Commedia” (Fire light angels. A show based on the Divine Comedy).
In August of 2010, on the beach of Bellaria, he directed the reading of the entire Divine Comedy for 18 consecutive hours, with hundreds of participants, entitles “Cento per Cento Dante” (100 percent Dante).
In 2010, 2011, 2015, and 2016 in Forlì, the entire Divine Comedy has been read in three consecutive evenings, for more than 200 people. It is entitled: Tòto la Cumègia.
In October 2011, Palmieri was invited by the Embassy to participate in a Week of Italian Culture in Armenia. At the University of Yerevan, he directed a theatrical project and laboratory on Dante.
From 2011 to 2014, Palmieri was the artistic director of the project Un minuto per Dante (One Minute for Dante). Students from the schools of Florence and Prato created a video, lasting one minute, of a comparison of the triplets written by Dante.
In March of 2012 at the University of Notre Dame, he conducted an educational course for the university students.
In May of 2012, at the Italian Embassy in Budapest, Palmieri participated as an actor, together with the actress Maia Morgenstern, an Italian-Romanian recital of Dante.
In March of 2013, Palmieri published a book “Incantati dalla Commedia” (Enchanted by the Comedy). The book was presented in Paris, Bucharest, Brasov, at the Meeting in Rimini, and in more than 40 Italian cities. In May of 2015, there was a second printing of the book.
In 2014, 2015, and 2016, for the Dantesque September and in preparation for the centennial in 2021, he has created the project: The Entire Comedy on the Stage in Ravenna: a complete reading of the Comedy in three evenings and in three different spaces in the city.
In May of 2015 in Treviso, for the Dante Alighieri Society, he creewated the project “Treviso canta Dante in piazza e accende la Cultura” (Treviso recites Dante in the piazza and raises the culture).
In October of 2015 in Matera, the European Capital of Culture 2019, he directed the manifestation “Matera in/Canta Dante,” a reading of the entire Comedy in the ancient caves of Matera with more than 400 people.
In November of 2015, he created 2 Dante events in Bucharest for the Italian Institute of Culture.
Also in November of 2015, for the National Ecclesial Congress, he directed a theatrical event at Sacra Croce in Florence on the three books of the Divine Comedy. Over 500 people participated as actors and it was entitled “Dante/750. Legato con amore in un volume, ciò che per l’universo si squaderna” (Dante/750. Read with love in one volume, so that leaves are scattered in the Universe).
On June 24th and 25th of 2016, Palmieri wrote and directed a performance at the Campanile di Giotto with triplets in Dante inspired by the idea of flight. It was entitled “Piume/Dante 2021. Legato con amore in un volume, ciò che per l’universo si squaderna” (Piume/Dante 2021. Read with love in one volume, so that leaves are scattered in the Universe).
From 2003 to 2016, Palmieri has participated in Dante evenings in many Italian cities and foreign cities, including Paris, Bucharest, Ravenna, Osimo, Treviso, Taranto, Florence, Bologna, Udine, Rovigo, Bergamo, Milan, and Cremona.