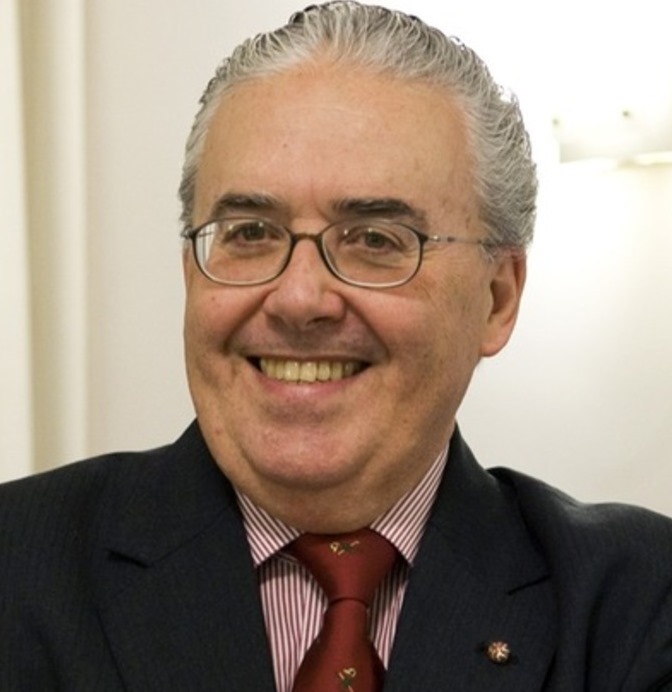 He was the first lay man to be appointed “Head of Department” by His Holiness Paolo VI, and also the first lay man appointed “Undersecretary” in a Ministry of the Holy See by His Holiness John Paul II.
In May 2011 he was appointed by His Holiness Benedict XVI Secretary of the Pontifical Commission for Latin America (and he is also the first lay man who is in charge of this level of responsibility in the Holy See).
In May 2014, he was appointed by His Holiness Francis as “Secretary Responsible of the Vice Presidency” of the mentioned Commission.
He was in the official retinue of Pope Francis in many apostolic journeys in Latin America.
At present he has supported and supports other Vatican organism.
He attended as an expert, through many Pontifical appointments, 5 General Assemblies of the World Synod of the Bishops (about the evangelization in the contemporary world, about the family, about the lay people, about the Church in America, about the new evangelization).
He has been member of the Holy See Delegations in many World Conferences of the United Nations.
He contributed to the preparation of several pontifical journeys in Latin America.
He has had important organizational responsibilities for the World Youth Days with the Pope; he attended all of them, from the first in Rome (1985) to the one in Rio de Janeiro (2013).
He has had an important responsibility in the duties of welcoming, discernment and recognition, from the Pontifical Council for the Laity, from very many associations, movements and ecclesial communities, and the world meetings and conventions which took place with these organizations in Rome.
He received the highest pontifical decoration (“Cavaliere della grande croce dell’Ordine di San Gregorio Magno”) and decorations from Italy, Argentina, Chile, Paraguay and Mexico.
He attended as an expert to the General Conferences III, IV e V of the Latin American Episcopate (Puebla, 1979, Santo Domingo, 1992, Aparecida, 2007).
As a Visiting Professor he lectured in courses and seminars in several Pontifical Universities in Rome, in the Government Roman Universities (“La Sapienza” and “Tor Vergata”), in “S. Pío V ” University of Roma, in the Faculty of Theology of Italian Switzerland, in the Pontifical Catholic University of Chile, in the University of Santo Tomás de Aquino (Argentina) and in many other cultural centers. The University of Santo Tomás de Aquino and the Pontifical Catholic University of Argentina have awarded to him “Doctorates Honoris Causa” and the Catholic University of Uruguay the “Medal of the Great Honors”.
Many are his papers on cultural, ecclesial, and international issues, as well as many other Latin American matters.