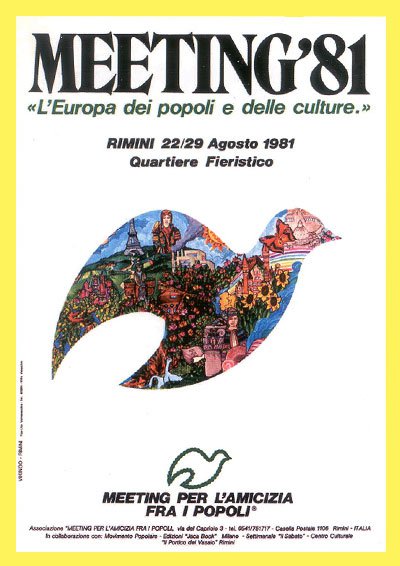 The Europe of peoples and cultures

Europe is a somewhat common topic, in view of the bonds that unite the countries of our continent, of the role this can play in an international context, of the ‘‘European’‘ initiatives and problems highlighted daily by the mass media. It is also true to say that for many people the word ‘‘Europe’‘ does not sound familiar. European man has probably lost his memory, and the limits of words spent on Europe lie in the inability to revive this with an accent of truth. For the ancient civilisations that prospered on the eastern shores of the Mediterranean, the word ‘‘Europe’‘ meant ‘‘land of darkness’‘: this designation was not only geographic but moral. At a certain stage, the ‘‘land of darkness’‘ became a bright point of reference: the place from where the Christian message spread out, safeguarding the heritage of antiquity and encountering the vitality and traditions of the ‘‘barbarian’‘ peoples, and finally giving shape and unity to the continent. The 15th centenary of the birth of St. Benedict of Norcia and the teachings of John Paul II (who recently extended our horizons to eastern Europe, proclaiming Cyril and Methodius joint-patrons of Europe) emphasised the human stature of the ‘‘fathers’‘ of Europe and the ‘‘wonderful modernity of their message, in this age of confusion in which we live’‘. What has become of old Europe today? The land which was the cradle of humanity, unity and civilisation appears deeply marked by the sadness of disintegration and division. The border line between East and West, drawn by the world powers after the last war, is simply the most resounding and brutal result of a profound division that has split the unity of faith and life and raised a shield of ideology against any opening to truth and reality. What happened ‘‘at home’‘ was then exported throughout the world. The East against the West, the North against the South, metropolitan and industrial Europe against that of the suburbs and countryside; and also within Christian history, the division of the Churches. Today Europe is largely the broken-up land it is, land of sad people, because it has lost its roots, the source of its unity. A new way of looking at and experiencing Europe is however possible: not in the name of economics and politics, but in that of rediscovered unity and truth. At Rimini, the chance to meet real people, who speak of their human experiences, ‘‘within the heart of Europe”