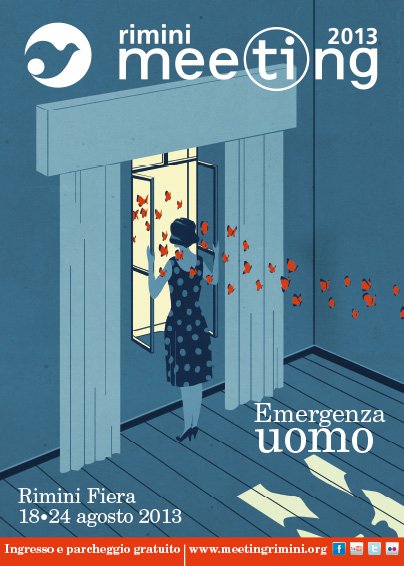 The Human Person: a State of Emergency

In the last pages of Everything Flows, the great Russian writer, Vasily Grossman, describes the re-emergence of the never entirely suppressed sentiment of freedom in the soul of his protagonist, who returns home after 30 years of exile in Siberia. “It did not surprise Ivan Grigoryevich that the word ‘freedom’ had been on his lips when he was sent to Siberia as a young student and that this word was still alive in him, still present in his mind, even today.”

The human person today lives in a state of emergency, not only when authoritarian political systems threaten the elementary conditions of freedom and survival, but also where, albeit in systems where democratic freedoms are guaranteed, the desire of the heart risks being anesthetized, censured.

Sociological analyses and the experience of many educators document how one of the greatest ills affecting our young people today is a weakness of desire, a waning drive for ideals, a settling for the products society offers. There is no lack of products that serve to satisfy the thousand faces of human instinctivity.

But when the human heart, which is made for greatness, which cannot renounce the search for life’s meaning, finds itself so bridled and standardized, sooner or later it rebels, often tragically with violent behavior or phenomena of self-destruction. Or, more simply and less dramatically, it loses the gusto of life.

This state of emergency in which we live today is clear to the eyes of all.

But, as throughout its history, the Meeting does not want to insist above all on the negative aspects, or just cry out alarm, but rather, it wants to show that the emergence of the human is possible, that throughout the world, yesterday like today, there are people who have found strength in the spark of their own desire, reawakened by an encounter, by a fact, by a circumstance.

Therefore, we will try to document how the human person’s freedom expresses itself as need to perceive reality, to judge it and build in it, not according to preconceived frameworks and projects imposed from outside, but starting from their needs and desires.

What we expect is that once again the Meeting can offer the opportunity to encounter others and oneself, to experience positivity in living and above all to verify that differences of culture and traditions are only the expression of different ways every person, but also every people, have used encounters that destiny and history offered them in the attempt to face the question of life and give a reasonable answer to that need for truth and to that desire for meaning inscribed in each person’s heart.