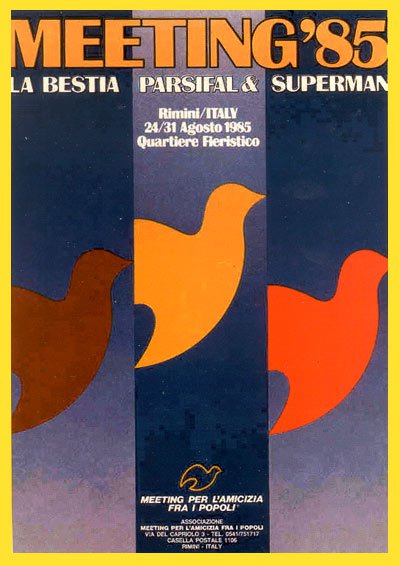 Man has always been able to brandish his freedom and, in defiance of all ex-ternal influences, instinct and models, ac-complish new deeds. Man is free to break the grey circle of his animal-like adjustment to the environment; he is free to look upwards at the stars which do not simply look down on him; he is free, in any case, not to abandon his ideals. Not even forgetfulness and external influen-ces stopped Perceval from spending his li-fe in search of the Holy Grail. Perceval was not a model of consistency, his heroism was only an ideal of life. By continuing to uphold and pursue this cause, he could not fail to see what had always been there - the object of his quest. It is this link with an ideal, with the infinite which makes man free and capable of al-ways starting afresh, of taking on new re-sponsibilities toward himself and history. Civilization is not in fact a heritage of values and forms to be defended at all costs like many, too many, Supermen maintain, but rather the result of mankind's inventiveness, a construction to be continually risked, where memory is a fertile ground for change. Those who have already decided what ju-stice is, no longer need anyone, neither God nor human being, to attain it; all they requi-re is power - often wielded violently - to uphold it. God wants human beings, not beasts wi-thout ideals or supermen without inventive-ness; human beings who perhaps make mi-stakes, but who are free to change and create. The giants of history, the modern Supermen of blind progress and vioient justice, surren-der only before an archipelago of men joi-ned together by bonds of freedom and cul-ture.